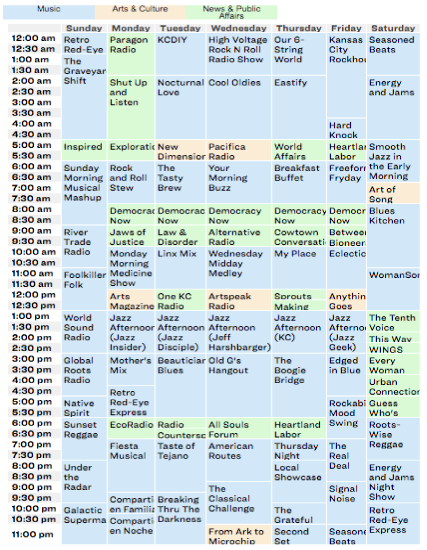 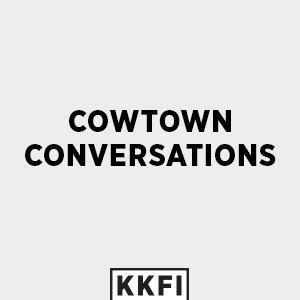 Tune in Monday to hear us talk with Qadhafi about his activism, contributions and insights to the movement as a formerly incarcerated person. During the second half of our hour, host Melvin Merritt discusses sex trafficking in our community.  There are estimated to be more than 4 million people – half younger than 18 - in human trafficking across the country.

Craig Volland, Agriculture Committee Chair of the Kansas Sierra Club, is our guest and our discussion will plow deeply into modern agriculture methods employed to produce food. We want to produce healthy foods we can consume in a liveable environment. 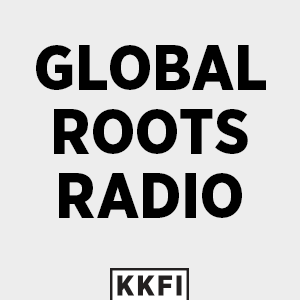 The India show with Venkat Manda

A variety of Bollywood music and happenings from the greater KC Desi community!

Join us for this week's Every Woman, as we speak with another wonderful guest - Diane Hopkins, a beautiful, young, waitress who grew up in the foster system. She will be sharing her journey and aspirations with us.

That's at 3pm Central Time, on 90.1 FM, streaming on kkfi.org or various apps on your phones! And be sure to keep up with Every Woman at our Facebook page which you can find right here! 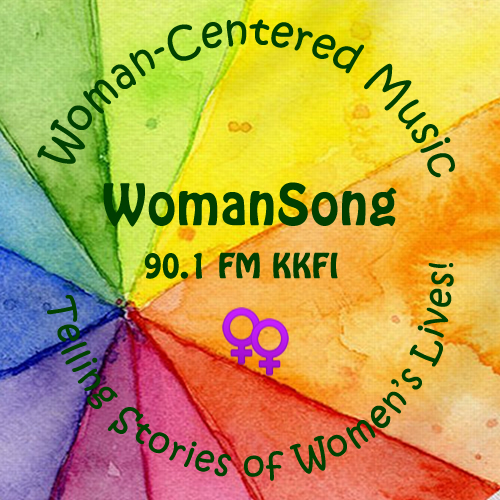 After a 17-year hiatus, Will Smith and Martin Lawrence are reunited in the comic action thriller, “Bad Boys for Life,” the third entry in the franchise that began in 1995. These Miami based detectives are getting long in the tooth and it shows as they’re targeted for assassination by a Mexican drug cartel. Everything about this absurd and violent R-rated movie is over the top and beat-by-beat predictable, but Smith and Lawrence manage to save the day and the movie with their goofy humor and personal appeal. Watcha gonna do?

Oscar winners Viola Davis and Allison Janney star alongside young McKenna Grace in the self-consciously whimsical comedy, “Troop Zero.” McKenna plays a pre-teen social outcast in a small Georgia town in the 1970s who recruits a group of misfits to form a Birdie Scout troop. This is the sort of wacky movie that aims to charm us with its eccentricity. This sentimental, sweet natured movie benefits greatly from it’s solid and likable cast.

Actor Guy Pearce goes slumming for a paycheck in the ridiculous action thriller, “Disturbing the Peace.” Pearce plays a marshal and former Texas Ranger who goes to battle with a gang of biker bank robbers in a small southern town. The plot, dialogue and direction are laughably bad, but not quite bad enough to make “Disturbing the Peace” a campy pleasure.

Also opening this week, Robert Downey, Jr. stars in “Dolittle,” a family film about the famed doctor and veterinarian who could talk to animals. “The Corrupted” is a violent British crime thriller starring Sam Claflin. “The Murder of Nicole Brown Simpson” is a thriller that claims to offer a new angle on the O.J. Simpson murders. Mena Suvari stars. “Weathering With You” is Japanese anime offering about a girl with power over the weather.