One word that springs up whenever Arcade Fire is discussed is the word “communal”. A word hinging on the idea that their heartfelt, headstrong music provides a place for those on a similar wavelength to get together and feel safe. Each rallying chorus or pointed line doesn’t simply sound good; they throw a life-preserver out to those drowning. Even in Arcade Fire’s darkest hours, a strange hopefulness pervades. You can find inspiration in the mere fact that through such horror they’re still able to stand on two feet. More than indie rock or chamber pop, what the Montreal-group trades in is: survival music. And that survivalist-mentality was on full display at Kansas City’s Starlight Theatre last night.

With the stage bathed in purple lights, a brash clip of “Who’s the F***ing DJ?” blared over the speakers; assuring the crowd the party they’d been promised was soon to follow. Scrawling electric guitars slowly contorted into opener “Here Comes the Night Time”, which had been revamped with squiggly synthesizer movements. The track began the search for community; taking the party to the streets once heaven is found to be at max-capacity. Whatever dancing the opener offered, became a lurch for the paranoiac “Flashbulb Eyes”. Before the song lead-singer Win Butler enjoined the crowd of nearly 8000 to “dance in the aisles,” though few could dance to such a skin-crawling number.

Frantically strummed, Funeral‘s “Neighborhood #3 (Power Out)” sought a flicker of light in the crisp night air. Though with the bright glockenspiel of the album-cut obliterated, the task became impossible. Three songs in and any chance at community-building had shattered like glass. Thankfully penultimate Funeral track “Rebellion (Lies)” swiftly followed to provide catharsis for weary onlookers. As Régine Chassagne giddily bashed away on piano, the crowd willingly obliged every chant of “lies lies.” Any condemnation of citizen-malaise fell away, leaving behind a muscular pop song for the masses.

From that point forward, no matter the subject matter Arcade Fire connected with the crowd. Spoon-fed by a mourning piano, “The Suburbs” left both Butler and the audience yearning to turn back to a time when things came easier. “Sprawl II (Mountains Beyond Mountains)”‘ lithe disco-step and glowing neon lights had Régine Chassagne imagining a bright utopia buried under urban chaos. By the time the crystalline electronics came out for a final time, it was clear Chassagne found her paradise; a place where ribbon-dancing isn’t met with even the slightest guffaw.

While “Sprawl II”‘s disco bubbled beneath the surface, “We Exist”  came strutting onto land. Spiked with guitars, “We Exist”‘s relatability comes in its anxiety. Few things are as miserable as being forgotten, something the song struggles to prevent. While you can take attention-seeking too far, another person’s simple assurance is our lifeblood. It relaxes us. It bonds us when we feel like we’re separate from everyone else.

Sometimes those connections can become strained. Leaping out of the gate like Usain Bolt, “Ready to Start” openly considered upsides to “being alone.” Anchored by Jeremy Gara’s in-the-pocket drum part, Win Butler summoned the strength to ask “can we still be friends?” a question most never pose when they hit a wall. Riding a magnificent glam-rock bassline, “Joan of Arc” heads toward disaster by promising “I’ll follow you,” but stops just short of stalking. “It’s Never Over (Orpheus)” picked up the fraying thread and stretches it to its thinnest point. The line “I will sing your name until you’re sick of me” delivered by Butler (Orpheus) to Chassagne (Eurydice), who was out in the concrete aisles, is at once knowing and foreboding. Imbued with a knowledge the end is nigh, Orpheus continues to insist “it’s never over” as if repetition of the phrase can stave off the inevitable. In that way, he’s no different than anyone who’s struggled to find the words to change course.

The heartrending “Afterlife” acted as the epilogue to this great tragedy. All of the love once shared vanished and left Butler wondering “when love is gone, where does it go?” It’s a question that’s impossible not to ponder. There’s no real magic in the world so every disappearing act can be explained. Love begins in the heart and mind, but where does it end? Butler posits the afterlife as an answer though he seems unsatisfied. Our idealized afterlife is too perfect of a place to let love die. However perfection can be a burden. Love is so blissful in this physical realm because it’s imperfect. It can wither away. Relationships can dissolve into screaming and shouting. Sure we agonize over it, but that agony can be overcome and turn into joy.

For the encore, which came after the confetti cannons of “Reflektor”, the band finally conquered these universal trials. Arriving “all the way from the Internet”, Arcade Fire’s “The Reflektors” persona came to play a seemingly off-the-cuff version of Kansas’ “Dust in the Wind”, a trick they’ve been pulling quite often on tour. Soon enough, a high-spirited Butler interrupted the mask-wearing imposters to inform them “that’s a Kansas song and we’re in f***ing Missouri,” an admonishment that elicited an enthusiastic roar from the revitalized Starlight crowd. And after “Normal Person”‘s faux rockabilly and Win Butler’s affable “how to do you do’s” to those in the first few rows, that enthusiasm crested on the wave of Funeral‘s tour-de-force “Wake Up”. Other songs in their oeuvre have had greater chart success, but “Wake Up” has cemented itself as a de facto fan-favorite. Between Tim Kingsbury’s Telecaster strum at the start and the sanguine violin near the end, there was room for the sold-out crowd to chant the mesmerizingly simplistic chorus. If the entire night could be seen in the frame of a party, “Wake Up” was the next morning. Instead of waking up with a headache, you wake up with hope. You want to venture back out into the world because it has so much to offer. Cutting back through the grass parking lot after the show, that’s all I could think. Whatever happened from there didn’t matter because I’d found my connection; I wasn’t alone. 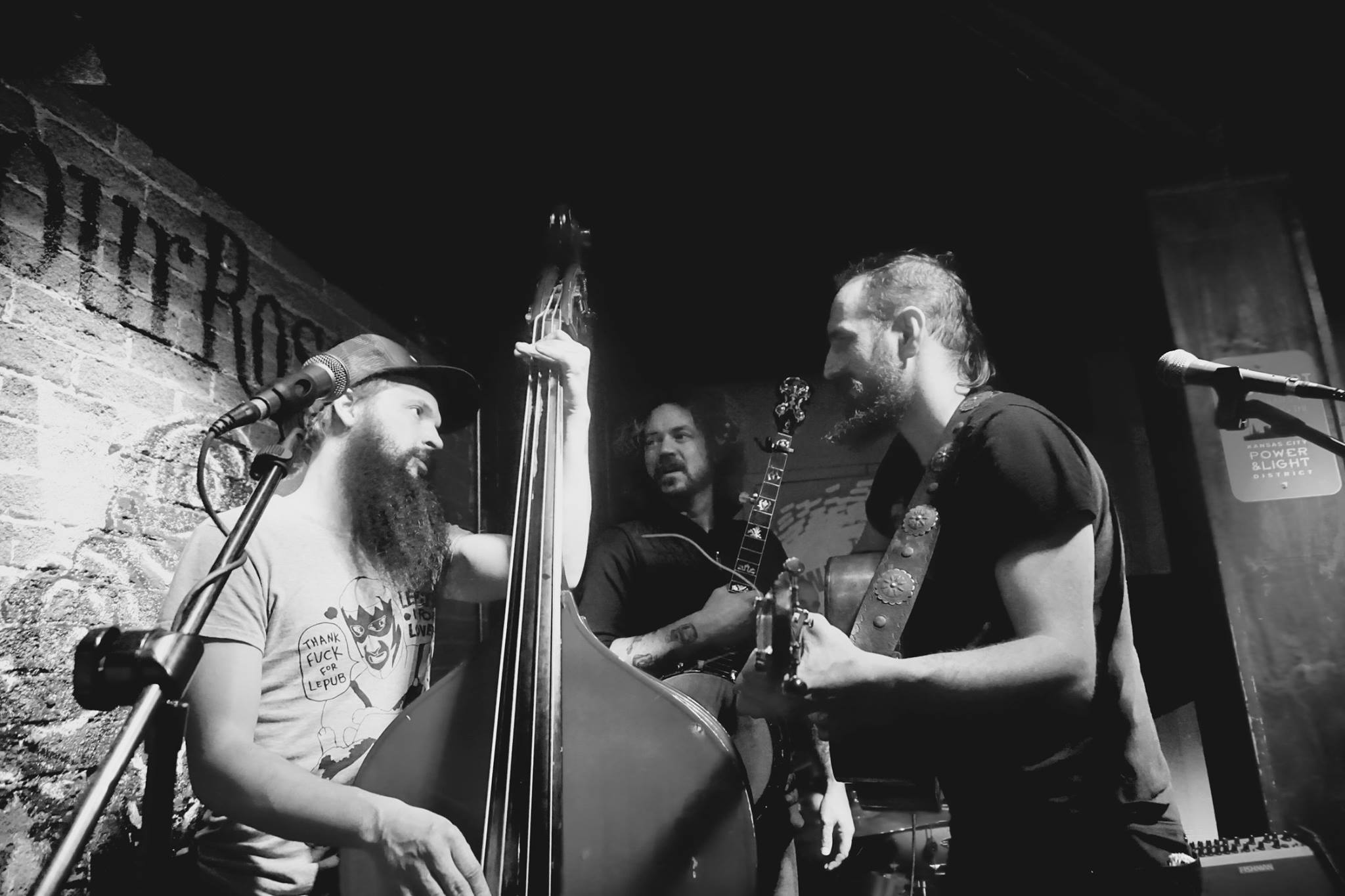 Here's the rest of the Plaza Art Fair.  Yes, I'm aware this was a month ago.  Sorry, busy, busy month. We... read more

The first day of Middle of the Map Fest (MOTM) featured a number of showcases around the heart of Westport.... read more

Contact the team at Arcade Fire Live at the Starlight Theatre.