These program notes provide details to several locally-produced and national shows airing on KKFI 90.1 FM. We hope you’ll agree that having more information about these shows will encourage you to tune in for to an arts &culture program, or a remarkable music and compelling public affairs show.

The state of Missouri like many other states ran out of the drugs used for executions when the European manufacturer refused to ship for the purpose of execution. They recently decided to use Propofol the drug that killed Micheal Jackson as their execution drug.

Host John Kurmann will talk with Sandi Garrison of the Metropolitan Energy Center about what we need to do to make our buildings more energy-efficient. For more than three decades, the Metro Energy Center in Kansas City has been catalyzing efforts around resource efficiency, environmental health, and economic vitality.

We have the capacity to go directly to truth and awakening, but we often get sidetracked by our delusions. As teacher, philosopher John de Ruiter says, “We have the capacity to use our faculties to convince ourselves of something being true, because we need for that to be true. So, there’s a hanging on within the heart supported by an intellectual framework that enables that to happen. But, beyond all of that, we know something quieter, and is that we don’t actually need what we say we need.

From Mitt Romney’s Mormonism to Barack Obama’s support of same sex marriage, religious and moral issues infuse the race for the White House.

Beware hard core rock and rollers...you may hate this show...listen at your own risk...it's a generous dose of real country music this week mixed in with Americana on this week's episode of The Tasty Brew.

A Town Hall for Sick and Dying Bannister Federal Complex Workers Past and Present.
Tell Somebody | August 14, 2012 |

On Saturday August 11, Maurice Copeland and friends held a town hall for sick and dying Bannister Federal Complex workers past and present. Tell Somebody was there to record highlights

The Passion of Bradley Manning: The Story of the Suspect Behind the Largest Security Breach in U.S. History.
Law and Disorder | August 14, 2012 | 9:00am

We continue to look into the the Bradley Manning story, the biggest whistle-blower case in US history. Attorney Chase Madar joins us in the studio, he’s the author of The Passion of Bradley Manning: The Story of the Suspect Behind the Largest Security Breach in U.S. History. The book moves through Manning’s childhood and up to what led him to allegedly upload volumes of classified secret information to Wikileaks. Madar highlights the value of publicly exposing the endless criminal and immoral actions while government secrecy spins out of control, classifying 77 million documents a year. He also asks what can be done to protect Bradley Manning as a whistle-blower. Since his arrest 2 years ago, Manning’s formal court martial proceedings are not scheduled to begin until February 2013, and as many listeners know the most lethal charge is aiding the enemy.

This week on From the Vault we spend some time with documentarian brothers Albert and David Maysles, whose unconventional subject choices led to groundbreaking films such as 1968’s Salesman, which takes to the road with a travelling Bible salesman, and Gimme Shelter, the iconic 1970 film chronicling the infamous (and deadly) 1969 Rolling Stones performance at the Altamont Speedway in northern California. First, from 1971, we sit in with younger brother David Maysles and writer Richard Geldstein in an interview at WBAI studios in New York with producer Jospeph Gelmis; David speaks candidly about his experiences with Mick Jagger, Brian Jones, Keith Richards, and other elements of the Rolling Stones before and after the infamous concert at the Altamont Speedway.

Jess Walter, author of the novels "Beautiful Ruins" and "Financial Lives of the Poets" talks about his work, his career, and the writing life with host Richard Wolinsky.

Gore Vidal, over six decades, was a singular figure in the United States. Coming from a background of privilege and power, he nevertheless challenged many of the prevailing notions about Washington's intentions and actions domestically and internationally. He was a student of history and incorporated his vast knowledge into a series of bestselling novels as well as political books. He coined the phrase USA, "the United States of Amnesia." He was deeply troubled by the erosion of democracy and civil liberties at home and the expansion of American imperialism around the world. He saw the two joined at the hip. He was, as they say in cricket, an all arounder, someone who could play many positions with equal skill. He loved the arts, theater, and film and wrote plays and screenplays as well as acted in some. He died on July 31, 2012.

India celebrates its 65th anniversary of Independence from the British Empire on Wednesday, and this week is also the 35th anniversary of Elvis Presley's passing. We'll commemorate both of these historic occasions on Your Wednesday Morning Buzz, from six to eight. Do you have any suggestions?

At the mall, online, and even within the US military. Interactive, realistic, pro-war video games have become part of American culture. But anti-war protestors have found a way inside those games too. And artists are finding ways to turn the virtual world, into a place where the military hero narrative can be questioned. On this edition, we hear excerpts from the movie Returning Fire: Interventions in Video Game Culture, written and directed by Roger Stahl.

Bethel, New York, August 15-17,1969. A gathering of some 500,000 young people meet for a three-day event that cost you $18.00 for a single ticket. It's an event that everyone my age wishes we had attended, I know I do. So today's playlist is all music played during the event. Of the 25 songs,12 are live recordings from Woodstock!! This music help define a special time in America history. I hope you'll join me for this trip back in time.

How's this for timing? This week's Sprouts follows the Nuns on the Bus. In June of 2012 a group of Nuns traveled across the country to bring awareness to the Ryan Budget that was being pushed through congress. We join them as they stop in Ames, Iowa outside of Republican Congressman Steve King's campaign office.

The emerging green economy promises to provide large-scale job creation while healing the Earth and building the middle class. Roxanne Brown, Assistant Legislative Director for the United Steelworkers and Steering Committee member of the BlueGreen Alliance, describes how this national partnership of major labor unions and environmental organizations is expanding the number and quality of jobs in the green economy.

Deadheads are familiar with musical segues that the Grateful Dead institutionalized over the years, to the point where the fans could actually shorthand them. China Cat Sunflower~I Know You Rider simply became China Rider; Estimated Prophet~Eyes of the World became Estimated Eyes, and Scarlet Fire was the contraction of Scarlet Begonias~Fire on the Mountain. Well, in 1991 at Shoreline Amphitheater, the perpetrated one of the biggest musical non sequiturs of their career, inserting Victim or the Crime in the middle of Scarlet Fire. Find out how they pulled it off on this week's Grateful Dead Hour, plus the conclusion of the 1976 Capitol Theater, Passaic show wherein they cover Chuck Berry, Woody Guthrie, and Buddy Holly.

On the new "This Way Out" (hosted by Greg Gordon and produced with Lucia Chappelle), the gay lives and literary times of "Eminent Outlaws" (Richard Wolinsky chats on his KPFA-FM/Berkeley "Bookwaves" program with author Christopher Bram)... queer cartoonists create "No Straight Lines" (Steve Pride talks with editor Justin Hall after cogent comments by "Dyke To Watch Out For" Alison Bechdel)...

Excerpts from plenary speeches at the 46th annual convention of the largest feminist activist organization in the United States - detailing what women are up against from the right wing and how they are mobilizing to stop it.

The featured artist in this episode of "Beale Street Caravan" is Allen Toussaint at the 2011 New Orleans Jazz & Heritaage Festival . Also listen for Tab Benoit on the fall 2011 Legendary Rhythm and Blues Cruise , Preston Laterbach on the Chitlin Circuit and the Road to Rock.

This week on Art of the Song we welcome Eve Fleishman to the program. Eve stopped in the studio while on tour with a fascinating project, Peace Or Drama - A Journey Through Music And Art.

Sunday, August 19th, 8 pm. It's the long-awaited collaboration between Barry Lee and Art McDonnell as we blend and roll some tunes that will satisfy you like a good cigar.

This is the KKFI Jazz Event Calendar for the week of Monday, May 11th to Sunday, May 17th. This... read more

This is the KKFI Jazz Event Calendar for the week of Monday, March 9th to Sunday, March 15th. This... read more

We're very excited to present to you the brand-new KKFI 90.1 FM website -- kkfi.org. It's redesigned and updated... read more

Democracy Now! News Coverage: "Breaking with Convention" KKFI 90.1 FM, your source for in-depth news and analysis, will not be... read more 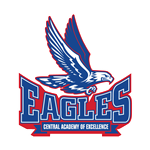 This is the KKFI Jazz Event Calendar for the week of Monday, January 18th to Sunday, January 24th. This... read more