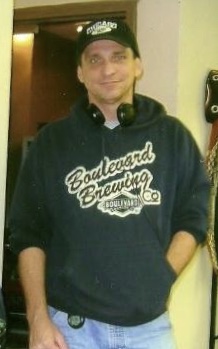 I’ve been involved in the music scene in KC since before I was a teenager, eventually becoming a professional musician & DJ. I found my way to KKFI 90.1 FM as a sound engineer with the Heartland Labor Forum and eventually a DJ !!!

My mission at KKFI? To find alternative, under-represented bands, and give them the airplay they deserve.

John’s program, “Under the Radar,” airs Thursday evenings from 10-12 p.m. on KKFI. Tune in to discover what bands John unearths next!

John has made it his personal mission to unearth Kansas City’s best musicians by giving them the airplay they deserve. On his program, “Under the Radar”, anything goes. From rock to country, folk to funk, there’s something here for all.