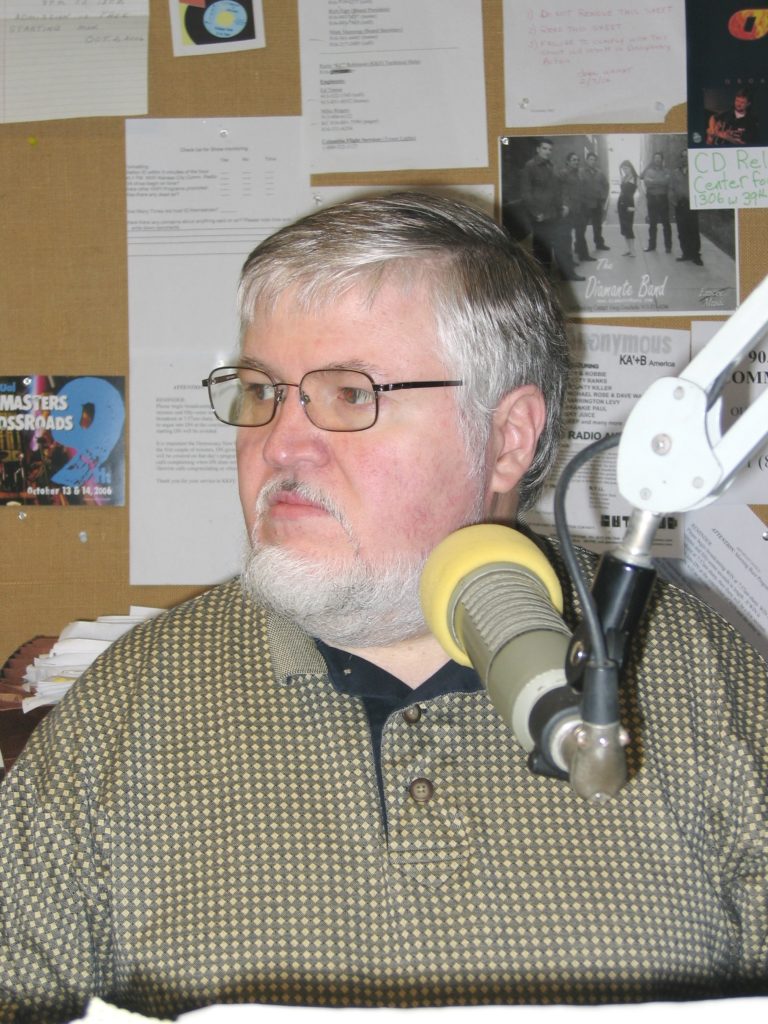 Mark Andruss began his now defunct performing career at age 13, when he appeared as part of a duo with an 11 year old in Oklahoma City coffeehouses performing Kingston Trio and Limeliter covers. His partner, Jonathan David, wisely ditched him, and later, as professional musician John David, became the “fourth Limeliter” during their revival from 1981-1994.

Mark did go on to become the first student in Oklahoma history to win a total of six vocal solo medals in his three year long junior high career at regional and state singing contests. Not content, he then sang as Curly in his high school’s performance of “Oklahoma!,” to mediocre reviews. How sharper than a serpent’s tooth is a music critic!

His interest in folk music was revived when he met his wife-to-be Valerie, who involved him in the early 1980’s in both Missouri Valley Folklife Society and Crosscurrents Culture Inc. An Active Member of KKFI, Mark is a folk programmer with Valerie Andruss on the KKFI 90.1 FM “Foolkiller Folk” radio show on Sunday morning, and is Co-host of the Classical Challenge on Wednesday night.

In real life he is retired from Assurant Employee Benefits, a division of Fortune 500 company Assurant, Inc., a specialty insurer, where he was Vice President, Corporate Development, in charge of the division’s merger and acquisition activity and its government relations activity, with other responsibilities in the area of product management.

The Foolkiller Folk collective explores the storytelling, cultural, and protest power of folk music from as far back as the Child Ballads through as current as released today.
"When one becomes enlightened one kills the fool within" -Jack Conroy