Gun violence exacts an enormous toll on U.S. society-claiming tens of thousands of lives every year. Many more thousands are wounded and scarred physically and psychologically. From malls to schools from places of worship to concerts there is no safe space. Weapons of war are easily obtainable. We have the spectacle of armed militias in combat gear roaming statehouses, threatening the lives of government officials and invading the national Capitol itself on January 6. The main lobby for guns is the National Rifle Association, the NRA. It resists common-sense reforms. No matter the tragic occasion, the NRA recites its slogan, “Guns don’t kill people, people kill people.” The NRA denounces calls for reasonable gun control as attacks on freedom and liberty. The organization’s actual history is hidden not only from the general public but even from its own members. 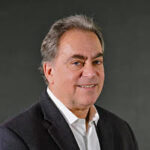 Frank Smyth is an independent journalist who has covered the NRA for many years. His articles appear in The Washington Post and The Progressive. He won a Society of Professional Journalists National Investigative Award for his Mother Jones story, “Unmasking NRA’s Inner Circle.” He is the author of The NRA: The Unauthorized History.