America’s Biggest Mass Trial, the Rise of the Justice Department, and the Fall of the IWW; Two Members Of MOVE 9 Released From Prison After 40 Years

Keep the Wretches In Order: America’s Biggest Mass Trial, the Rise of the Justice Department, and the Fall of the IWW 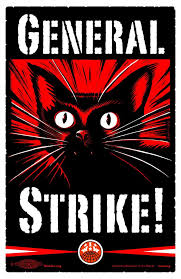 Before World War I, the government reaction to labor dissent had been local, ad hoc, and quasi military. Sheriffs, mayors, or governors would elevate strike breakers to deputies or call out the state militia, usually at the bidding of employers.

At the time, one of the nation’s largest unions was the Industrial Workers of the World, also known as the Wobblies. The IWW had members in critical industries across the country. In April 1917, when the United States entered the war, the government feared the threat of a labor strike from such a large number of workers that would put in danger or even hold up war production.

Officials in the relatively young Department of Justice determined that a more coordinated strategy would be necessary. To prevent stoppages, the DOJ embarked on a sweeping new effort ” replacing gunman with lawyers. The department systematically targeted the IWW, resulting in the largest mass trial in US history. The first of four indictments named 166 defendants in September 1917. The Chicago trial started with 112 men accused, sitting on bleachers, with one small defense team and a judge and prosecutors who did not know their names or faces. As the case unfolded, it became an exercise in raw force, raising serious questions about its legitimacy and revealing the fragility of a criminal justice system under pressure from banks and industrialists who supported the war.

Guest – Attorney Dean A. Strang, criminal defense lawyer in Madison, Wisconsin, and an adjunct professor at the University of Virginia School of Law is author of the new book Keep the Wretches In Order: Americas Biggest Mass Trial, the Rise of the Justice Department, and the Fall of the IWW talks about how the case laid the groundwork for a fundamental different strategy to stifle radical threats and played a major role in the shaping of the modern Justice Department. He is also the author of Worse than the Devil: Anarchists, Clarence Darrow, and Justice in a Time of Terror

Two Members Of MOVE 9 Released From Prison After 40 Years 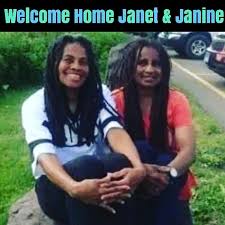 After 40 years in prison, Janine Phillips Africa and Janet Holloway Africa were recently released from SCI Cambridge Springs in Pennsylvania after a long fight for parole. Members of the so-called Move 9, 63-year-old Jane and 68-year-old Janet were arrested and imprisoned for a crime they say they did not commit after a police siege of their home in August 1978.The two were the last of four women to be paroled or to die behind bars.

Listeners may recall that Move members lived in Philadelphia in a communal house with founder John Africa. Move championed equal treatment for African Americans and an abiding respect for nature and animals.

Their attitudes brought them into conflict with neighbors and police. After a siege lasting several months, on August 8, 1978 officers went in to clear the group from the property. In the melee, Officer James Ramp was shot and killed. Despite the fact that Move claimed they were unarmed and that Officer Ramp was killed by friendly fire, the five men and four women were each sentenced to 30 years to life.

Guest – Attorney Brad Thomson with the Peoples Law Office in Chicago. Brad was one of the attorneys securing the womens release.Brads work at Peoples Law Office has focused on civil rights litigation against the Chicago Police,includingsuits for wrongful conviction, false arrest, police shootings and other cases of police brutality. In addition,he has represented prisoners and criminal defendants,focusing on cases of people charged with crimes based on their political activity.

Contact the team at America’s Biggest Mass Trial, the Rise of the Justice Department, and the Fall of the IWW; Two Members Of MOVE 9 Released From Prison After 40 Years.