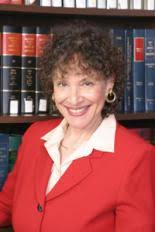 Trump has successfully put 198 young, reactionary, and some ignorant judges on the federal bench. He has illegally called out troops to violently disperse peaceful protesters in the park in front of the White House. Trump has threatened the personnel of the International Criminal Court who are attempting to investigate US war crimes in Iraq and Afghanistan. These include the crime of torture. These crimes, perpetrated under the Bush administration, went unprosecuted by President Obama who infamously said we must look forward not backward.

Trumps Justice Department is pursuing and attempting to extradite truth telling whistle blowing journalist Julian Assange who 10 years ago released the collateral murder video showing the commission of American war crimes in Iraq, among other embarrassing information. Assange is confined in Londons Belmarsh prison. He is sick, in solitary, and has been psychologically tortured. He faces 175 years in prison in the United States if convicted under the old Espionage Act for activities protected by the first amendment.

Guest – Attorney Marjorie Cohn, professor emerita at the Thomas Jefferson School of Law where she taught for 25 years. She is a former president of the National Lawyers Guild, a criminal defense attorney, a legal scholar, and a political analyst. She writes books and articles and lectures throughout the world about human rights, US foreign policy, and the contradiction between the two. She has testified before Congress and debated at the prestigious Oxford Union.