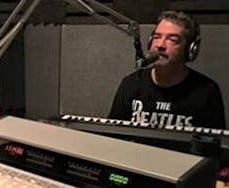 A potpourri of musical genres from multiple musical eras -- specializing in themed shows and taking requests when you call 816.931.5534 (KKFI) or drop an email to [email protected]

We’re back to a more traditional “themed” show series, with this being the second of three consecutive episode playlists featuring tunes with WINDOW in their title — and this week being all female artists.  When I take song requests from callers and I am unable to accommodate them on that particular show (typically because they don’t jive with that show’s theme), I keep a list of them, in order to try to work them in on a future show.  As I was scouring my list, it struck me that, just coincidentally, several of them included the word “window”.  So I thought, “what the heck, I’ll build an entire 3-hour show around that theme and include these requests” … but then by the time I got through searching my music library, lo and behold, I ended up with enough tunes to fill out three shows’ worth of windows-based (no, not computer jargon) material.