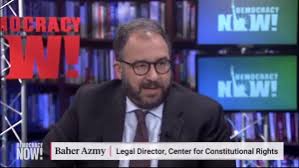 Three years ago Donald Trump ran on a racist nativist platform scapegoating Muslims and Mexicans. He lost the popular vote but won the election through the electoral college and began implementing his scapegoating. First he banned Muslims because the Supreme Court ignored his campaign statements and ruling that he had a right to do it under national security.

Guest – Attorney Baher Azmy Legal Director of the Center for Constitutional Rights. The CCR is involved in a number of cases seeking to protect immigrants. We will also speak with Attorney Azmy about the current status of the offshore prison island in Guantnamo Bay Cuba and the men who are trapped there in limbo, who have yet to receive trials. Last, we will speak with him about the Al Shamari v. CACI case where the US government farmed out torture to a private corporation. 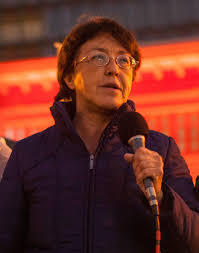 In the midst of escalating U.S. aggression toward Venezuela, antiwar activist Gloria LaRiva recently spent a month in that country to observe firsthand the impact on its people.

Gloria joins us today to discuss the crucial issues facing Venezuelans: the U.S. economic sanctions, the U.S. media blockade, and the peoples organizing efforts to overcome the aggression. She’ll talk about the Bolivarian revolution, and how Venezuela is holding up under an economic embargo.

Guest – Gloria LaRiva is an American socialist activist with the Party for Socialism and Liberation and the Peace and Freedom Party. She ran for president in 2008 and again in 2016 with Eugene Puryear and Dennis Banks as her running mates. She has been a driving force in the campaign to Free the Cuban Five and a longtime friend of Law and Disorder.

Contact the team at Center for Constitutional Rights Update With Legal Director Baher Azmy; and Update: Venezuela Under Economic Embargo.