The Fall Of Wisconsin: The Conservative Conquest Of A Progressive Bastion; and Janus v. AFSCME

The Fall Of Wisconsin: The Conservative Conquest Of A Progressive Bastion And The Future Of American Politics.

For decades Wisconsin was known as a laboratory of democracy, the birthplace of labor and environmental movements, and home to the cherished Wisconsin idea, which championed expertise in the service of the public good. All this has changed under Republican Governor Scott Walker and the Republican state legislature.

There are two themes central to Walkers success. He turned public opinion against well meaning public servants through absurd caricatures and trumpeted
that far and wide through the almost limitless financial backing of right wing zealots like the Koch brothers. He also divided the labor movement, conquering it by splitting some workers from others. First he broke the public sector unions, and then, over a weakened opposition, passed a right to work law crippling the private sector unions. Huge amounts of dark money, gerrymandering legislative districts, voter suppression, and voter ID laws made this all possible. Over time big money wrote legislation which was enacted into law. Eventually Donald Trump won Wisconsins electoral votes, making him the president.

Guest – Journalist and author Dan Kaufman, a Wisconsin native and the author of the fall of Wisconsin: the conservative conquest of a progressive bastion and the future of American politics. Through the microcosm of one state, Jane Mayer has written, Dan Kaufman does a masterful job explaining what happened to America, and why.Dan Kaufman has written for The New York Times Magazine and The New Yorker. 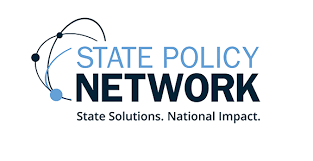 With its Janus versus AFSME (American Federation of State, County, and Municipal Employees Council) decision the Supreme Courts activist rightist majority has overturned a 40 year old precedent that allowed public-sector unions, like private sector unions, to charge non-members ” who they are required by law to represent ” a fee for that representation.

In Texas the State Policy Network is funded by the Koch brothers, Koch industries, AT&T, Verizon, Exxon mobile, Coca-Cola, and Blue Cross Blue Shield. The Texas SPN like others across the country is leveraging the Supreme Court decision as a means of starving unions of funds and eventually disbanding them all together.

They recently sent out a mailing claiming government unions have undue political influence and stating that by 2020 SPN aims to empower our interstate freedom network to rescue nearly 1,000,000 people from forced government union musician. This strategy could remove one billion dollars per election cycle from union budgets.

Guest – Attorney Dean Hubbard, For more than three decades, he has been an attorney, organizer, educator and artist for workers rights and environmental and racial justice. Dean is the longtime Chair of the National Lawyers Guild Labor and Employment Committee. He is currently a strategic consultant to unions and social justice organizations. Among other movement gigs, he was Director of the Labor and Economic Justice Program at the Sierra Club, he was Senior Counsel to the Transport Workers Union of America and its NYC Local 100, he held the Joanne Woodward Chair in Public Policy and Advocacy at Sarah Lawrence College, and he co-founded the progressive workers rights law firm Eisner & Hubbard, P.C. He has published widely, and has organized and led investigations, tribunals and delegations on labor and human rights issues worldwide.

Contact the team at The Fall Of Wisconsin: The Conservative Conquest Of A Progressive Bastion; and Janus v. AFSCME.