Gathering of the Judges, Part 2 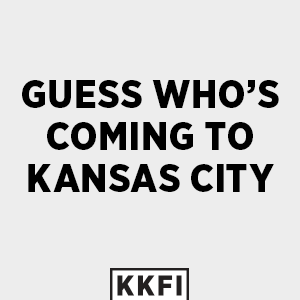 The program targets all cultures and genders. It celebrates special holidays, events and specializes in ethnic events not limited to sports, conventions, seminars and provocative subjects others dare not to touch. It is referred to as the Anchor Public Affairs Programming on Saturday evening. When people want to reach specific markets, they want to be on “Guess Who’s Coming to Kansas City!” The show publicizes issues that impact the Minority Community, encouraging the pursuit of positive solutions.

KKFI 90.1 FM and the “Guess Who’s Coming to Kansas City” radio show will broadcast a special show on the impact of the U.S. judicial system on minorities on July 14,2012 at 5:00 p.m. CST. Guests for the show include Associate Circuit Judge Gregory B. Gillis, Jackson County Prosecutor Kevin D. Harrell, and Assistant U.S. Attorney Jalilah Otto, who make up the panel for Circuit Court Judge, which will be selected and confirmed by Missouri Governor Jay Nixon.

The Consolidated Courts for the Western District of Missouri encompass sixty-six counties in the Western half of the state. Their mission is to protect and preserve the rights and liberties of all people as guaranteed by the constitution and the laws of the United States in a fair and impartial manner. Their primary responsibility includes, but is not limited to, Bankruptcy Court, District Court, Probation and Pretrial cases.

It is said you should be judged by your peers; unfortunately there is an insignificant number of Minorities in the juries. You must be a registered voter. Felons, who have paid their debt without pardons from the Governor, are exempt from voting. Persons who are not registered and not wanting to be registered do a great injustice in the democratic process. And only a small percentage of African-Americans , Women and other people of color are judges. Some religions exempt themselves from the democratic process, however, they must abide by the Law of the Land without representation and are taxpayers.

The July 14 show will focus on problems with the judicial system in the U.S., as well as citizen responsibilities. Tune in to hear an engaging discussion.

For information on United Minority Media Association, Inc and UMMA Media Network activities contact UMMA office (816) 822-1313. Make sure you are registered and vote in the Primary and General elections.

Contact the team at Gathering of the Judges, Part 2.