Cannabis, Hemp, and Injustice; and Larry Riley, Another Jewel Removed From The Crown

Cannabis, Hemp, and Injustice; and Larry Riley, Another Jewel Removed From The Crown

What is cannabis… is it pot, hemp… what?  Keith Washburn interviews Mark Buddemeyer, who is the owner and director of operations for KC GREENFIELDS, a local cannabis consulting company with over 25 years of experience in the legal cannabis industry.

Our topics on Monday will include:

Larry Riley, Another Jewel Removed From The Crown 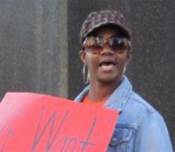 October 30, 2002 Larry Riley went to Truman Medical Center to pick up some friends. As he and his friends were leaving a car rolled up on them and the occupants started shooting at them. Larry was killed and Kansas City lost another jewel out of its crown. Although he was not killed on E 24th St he was another victim, like a host of other young people killed along that street in the early 2000s. A murder that brought his mother, other victims mothers, brothers, sisters, friends out every Friday night to walk along East 24th Street to raise awareness and let the neighborhood know they would not take it anymore.

Larry’s loss is still felt by his mother, his siblings and friends and today host Jeff Humfeld talks with his mother Rachel Riley and his sister Sharlonda Riley about their loved one, who he was, the funny one in the family, and who he planned to be, his love of children. Rachel Riley has continued to work to bring peace to her community as president of the East 23rd Street PAC and her advocacy across the community.

The investigation into Larry Riley’s murder turned from a case of we got the guy and will prosecute him to we aren’t going to prosecute because it was a case of self defense and they never disclosed the identity of the shooter to the Riley family. Much like the case of Angie Schroer who’s case we looked at a few weeks ago in Larry Riley’s case the police and prosecutors seemed to have swept it under the rug for reasons they would not disclose.

Contact the team at Cannabis, Hemp, and Injustice; and Larry Riley, Another Jewel Removed From The Crown.