Let The Truth Be Known About Systematic Oppression; and Professor Ken Novak On Evidence Based Policing

Let The Truth Be Known About Systematic Oppression; and Professor Ken Novak On Evidence Based PolicingJeff Humfeld2018-06-25T12:07:01-05:00

Let The Truth Be Known, Systematic Oppression Of The Incarcerated

Mothers of Incarcerated Sons and Daughters (MISD) invites you to participate in a search for truth, transparency and protection under the law for all persons affected by incarceration. They bring together panel of legal, law enforcement, mental health, Administrators of Mo/KS Department of Corrections, Juvenile Justice Advocates and others will address concerns from arrest to prison to reentry. MISD is an advocacy support group of families with loved ones in state & federal institutions seeking solace & justice.

Host Jamie Jackson talks with Beverly Livingston, Director of MISD about their mission and Let the Truth Be Known their event coming up this weekend.

Let the Truth Be Known – Join the conversation on Saturday June 30th, 10am to noon at the Rockhurst University Community Center, 5401 Troost, KCMO. 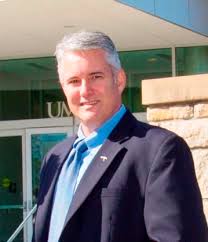 Host Margot Patterson will talk with Ken Novak a professor of criminology at the University of Missouri-Kansas City specializing in policing in America and police behavior. Dr. Novak will talk about evidence-based policing, the state of policing in Kansas City and elsewhere, and his involvement in Kansas City’s Smart Policing initiative focusing on crime prevention in violent hot spots.

Many here in the Kansas City Area and across the nation have been out in force protesting the immoral policy of separating children from their parents as they come to our borders seeking asylum. This policy is wrong in so many ways, it violates international treaties and norms on how asylum seekers are to be treated and processed and the rhetoric used to vilify anyone showing up at our southern border has been used by despots for ages. The claim of asylum has been negated at our border and replaced by a criminal process for trespassing. The administrations claims, that it is a law, passed by democrats, but has that been show to be untrue and is a smoke screen for their policy. The truth is even more disturbing because we have been here before.

What looks like one big incompetent mess wrapped up in bad policy is actually a plan to negate the law. A 1997 class action lawsuit resulted in what was named the Flores settlement requiring the release of unaccompanied children under 18 to parents, relatives or other guardians. In 2015 that ruling was amended to include children coming with one or both parents. The Trump administrations plan was to get around that ruling by forcing a public demand that the children be kept with their parents, who of course are in custody under criminal charges. The Obama administration also tried to keep the children detained with their parents but a 2016 ruling required release of the children, however it did not rule on whether the parents had to be released or not.

That takes us back to the border and those who are seeking asylum. They are not entering the US illegally, they are coming to our border to apply for asylum from violence and threats faced in their home country. The policy of the Trump administration is to skip past the asylum process and charge these asylum seekers with crossing the border illegally, taking them directly to a criminal process and detaining them indefinitely until they are deported.

This indefinite incarceration of parent and child is what the administration wanted all along. The Trump administration played at least some of the public using negotiating tactics he is well known for. This policy and maneuvering will not stand as the policy is brought back into court and ruled on once again.

My hope is that this indignation over the separation of children on the border, the tent cities, and the cruel treatment some of these children received will not die away. What I would like to see is education of the public about the separation of parents and children in this country due to an, unjust, criminal justice system, the demand for bodies by the Prison Industrial Complex and the recognition of the penal slavery clause in the US Constitution.

We need to understand that the torture inflicted by the US in the name of a war on terror and the war on drugs that brings the asylum seekers to our borders was developed inside the prisons and jails of this country. I hope the outrage over the drugging of these immigrant children puts a spotlight on the drug experiments on native children in detention in this country. That there is a recognition of the long term emotional trauma inflicted on these families and an understanding that this has been going on for decade upon decade in the families of the incarcerated in this country.

Don’t get me wrong I am grateful for the surge of concern and activism around these families on our borders, I am pleading with those of you on the street today to bring that outrage and focus it within your own communities. We must look to the roots and source not just the most obvious symptoms.

This is Jeff Humfeld and that is the view from my front porch, it mine and mine alone, not necessarily that of KKFI or even Jaws of Justice Radio. Please get out on your own front porch and look around.

Contact the team at Let The Truth Be Known About Systematic Oppression; and Professor Ken Novak On Evidence Based Policing.