Diana Linn will be heading to Okemah, Oklahoma next week to meet up with members of her “musical tribe” for for the 21st Annual Woody Guthrie Folk Festival.  One of the must sees at the so called “Woody Fest” is this week’s featured Tasty Brew artist, Florida native singer songwriter Grant Peeples.   Tune in to hear Diana’s conversation with Grant sharing stories of club ownership, living and sustaining a “heroe’s journey”  in Nicaragua,  and penning songs for Pitchforks and Torches. Recorded at the most recent Folk Alliance International Conference in Kansas City, this session chronicles the serendipitous story of how their paths crossed over some Okra and Ecclesiastes. 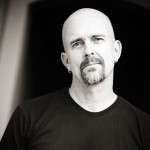 Included in this week’s playlist are Grant’s musical compadres Gurf Morlix, Mary Gauthier, Ray Wylie Hubbard, Slaid Cleaves and many more!  For the best in Americana/Roots Music on the Radio, it’s the Tasty Brew Music Show!

Contact the team at Tasty Brew Music – a Conversation with Grant Peeples.