Week 2 on the Tasty Brew of sharing new music discovered at the recent Folk Alliance International Conference in Kansas City and newly released music from country artists Courtney Patton and American ex-pat living Down Under Jen Mize.  Hour One is sponsored by Scott Rohrs who has picked Oklahoma’s masterful songwriter John Moreland as his feature artist.  John started his music career in punk bands but has segued into a critically acclaimed wordsmith currently touring with John Calvin Abney on guitar in support. He sings in one of those accents from flyover country that’s impossible to locate and implausible to mimic. (Texas, by way of Northern Kentucky, but mostly Tulsa, as it happens.) He sings directly from his heart, with none of the restraint and filters and caution the rest of us would apply for public protection. He sings with resolute courage. He sings. And writes. Writes with simple eloquence about love and faith and isolation; the human condition; what every song and poem and novel is about, at the core: Life. 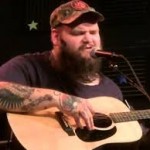 Hour Two is sponsored by Richard Houts and his requested featured artist, Iowa’s Chad Elliott.  Chad Elliott is a sculptor, painter, children’s author, poet and prolific songwriter having released at least 20 self-produced albums.  Like the dark earth of his Iowa origins, Chad Elliott’s life has served as fertile ground for music. Elliott has turned love, loss, fatherhood, divorce and homelessness into lyrics. He performs more than 200 shows each year and is lauded as “Iowa’s Renaissance man” by Culture Buzz. He has cultivated more than 1,000 songs in his career while also honing his skills as painter, sculptor and children’s book author/illustrator (Wilderman’s Treetop Tales).

Elliott’s early career demonstrates a love of folk, roots and singer-songwriter music. He has worked with many greats and shared the stage with artists of the highest caliber, including Odetta, Tom Paxton, Loudon Wainwright III, R.L. Burnside, Greg Brown, Bo Ramsey, etc. Today, his songwriting has made a marked shift to Americana. 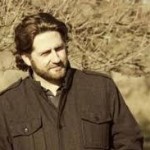