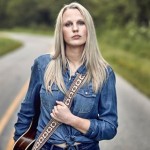 Savanna Chestnut  raised in the boondocks of Kansas, is a Country music singer/songwriter whose music reflects her roots. Growing up in a small farm town,  Savanna developed a love for the sweet, twangy sounds of old school country music, and that is exactly what she aims to bring back to the modern country scene.She has toured around the country playing at various bars and festivals, and opening for acts like Tanya Tucker, Granger Smith, Restless Heart, and Shenandoah. In 2016, Savanna won the Nolensville Songwriter Showcase judged by Gretchen Wilson and Trent Tomlinson.  Savanna’s most recent release is “Small Town Lies.” 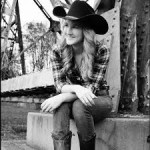 Lilly Hiatt has just released her third album, “Trinity Lane”, to much critical praise and has been nominated for the 2018 Americana Music Association Emerging Artist Award.  Hiatt went through many toils to finally reach Trinity Lane: she overcame heartbreak, she conquered alcohol abuse, she lived with the heaviness of knowing she had surpassed the age her mother (father John’s second wife) was when she took her own life when Hiatt was just a baby. It was after a particular breakup when she moved to an apartment off Trinity Lane in East Nashville, off the beaten path from the town’s growing tourist draws – there, she started writing by herself, fresh off the road supporting John Moreland, mixing a sense of creative isolation with a newfound feeling of belonging in the idiosyncratic neighborhood. 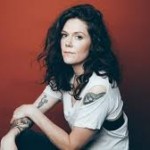 Jamie Lin Wilson first came to Tasty Brew Music Host Diana Linn’s attention as a member of Texas supergroup The Trishas.  Wide Open Country says of Wilson:  “Jamie Lin Wilson adds a personal vulnerability to her music that makes you love her even more. She taps into her experiences as a mother and wife to add a certain level of depth and honesty that others seem timid to approach.”  Her first solo album “Holidays and Weddings,” will soon be followed up a successfully crowd funded sophomore solo effort. 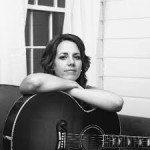 Belle Plaine is a singer, a songwriter and an inventive musician who was raised on the Canadian prairies near the hamlet of Fosston, Saskatchewan – population: 54. The ingenuity, lonesome yearning and collaborative work ethic of country life have infiltrated her songwriting, her sound and her methods. Twangy early influences from the family AM Radio mixed with a dozen years of classical voice training throughout Belle’s upbringing led her into studying contemporary music in college. When Belle started performing full-time, she paired her voice with instinctive songwriting and a tinder-dry wit, and that provided all the fuel required to make hearts smoulder. Her most recent release, The Unrequited Love (2016), is a live concert recording; she is currently on tour in the Midwest with collaborator in music and life, Blake Berglund. 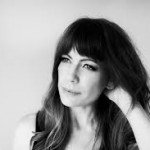 And as usual, this week’s Tasty Brew Music will include lots of new music never or seldom heard on the radio in Kansas City, including new tunes from Okie Levi Parham and a 17-year old county phenom from Kentucky, Rhyan Sinclair. 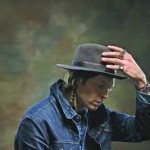 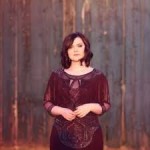 Contact the team at Tasty Brew salutes the Women of Tumbleweed.