So far Diana Linn has shared conversations with John Oates and Danni Nicholls recorded at 2018 Folk Alliance International.  This week one spotlight is on a conversation Diana had with husband and wife duo Alexa James and Rory Partin, aka the ROAMies that includes a segment where host Diana Linn and guest Rory share their unique experiences fighting cancer.

Alexa and Rory each started out as solo artists. Rory has an 18-piece Big Band a la Frank Sinatra that has played for the elite including US Presidents. Alexa is about big, happy, Singer-Songwriter pop and was named Hot AC Artist of The Year at the LA Music Awards. Yet fans, friends and family continued to demand the couple join creative musical forces after they had toured acoustically together as a co-bill. They started writing together more deliberately, and recorded songs, releasing singles when the timing seemed right. True to their moniker, the 6 songs were recorded in Finland, Mississippi, Los Angeles, and Nashville. With their penchant for travel and touring, they even ROAM while recording, fusing together influences from all these areas along with their unique, strong vocals and diverse songwriting styles. 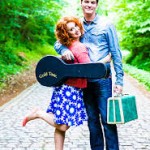 The second spotlight is on Kansas City songwriter Una Walkenhorst.  Diana Linn has had Una on her radar and FINALLY got to catch her live during a recent songwriting round at Knucklehead’s Gospel Lounge hosted by Sara Morgan.  Four years ago, Una Walkenhorst quit her job, got in her car and road tripped across North America for a year and a half. She wanted establish herself as a musician… on her own…without help from her father,  Bob Walkenhorst, founding member of the rock band, The Rainmakers. Walkenhorst traveled the country, playing bars and open mics, and eventually started booking her own gigs. After a short stint living in New Orleans, she has returned home and is performing solo and with her dad.  Her songwriting is mature and her voice is clear and uniquely her own. 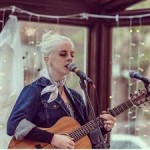 The third and fourth spotlights will be on  the reissued and remastered Ballad of Sally Rose from Emmylou Harris and the upcoming KKFI 30th Anniversary Celebration at The Folly Theater!  Sprinkled generously throughout….more of the best in Americana/Roots Music! 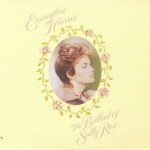 Contact the team at Tasty Brew’s Convo with The ROAMies, Hello Una Walkenhorst and Sally Rose!.