The Silk Road and Ross Ulbricht; and Attorney Client Privilege

The Silk Road and Ross Ulbricht 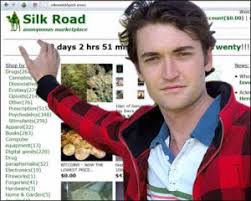 It’s been four years since a jury found that then 29-year-old Ross Ulbricht guilty on charges related to operating a Dark Website called the Silk Road that sold, among other things, illicit drugs.

The case was a high profile one, and Rosshad come to be known by some as the face of the Dark Web. He was convicted on seven charges”including a kingpin charge”and now-retired Judge Katherine Forrest imposed two life sentences and 40 years… Ross is a young, non-violent, first-time offender serving two life sentences, plus forty years, without parole. He was not convicted of selling drugs or illegal items himself, but rather of creating an e-commerce website that others chose to use for that purpose. No victim was named at trial, and prosecutors had not even sought such a long sentence.

Corruption, abuse, evidence tampering and multiple violations of Ross’s rights cast serious doubt on the legitimacy of Ross’s conviction and sentence within the legal community and with the public.

In a 2016 appeal, defense attorneys outlined a litany of improprieties and abuses in the investigation and trial. Perhaps most serious was that the court precluded information about two corrupt federal agents investigating Silk Road who are now both serving prison sentences for corruption.Last year the Supreme Court denied to consider the case. 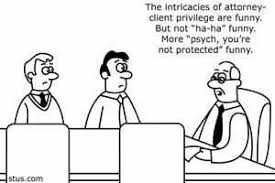 What is the attorney-client privilege? And to whom does it apply? Generally speaking, the privilege is owned by the client and unless the client waived her rights her lawyer is barred not only from revealing any information about the client but even revealing who the client is.

An exception in the case of the FBI raid and Donald Trumps attorneys Office, Home, and hotel room was made on the grounds that there is a fraud exception to the attorney-client privilege. Defenders of the attorney-client privilege, even if it has to do with protecting Donald Trump, have argued that it is illegal and unprincipled for the Justice Department to get a search warrant from a federal magistrate and violate the principle.

Contact the team at The Silk Road and Ross Ulbricht; and Attorney Client Privilege.