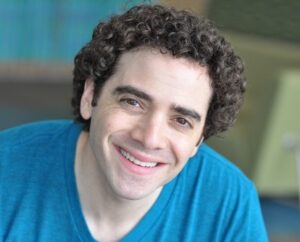 Greetings Tenth Voice listeners. We are so excited to announce that over the next several weeks we will be introducing new hosts and new voices to the Tenth Voice family. This week we are proud to announce the debut of Show People with your host Michael Grayman-Parkhurst. Michael has been one of the “Show People” since the age of 10, Michael made his National Tour debut at the age of 14 with The King and I. Since then theatre has taken him around the country and around the world. He moved to Kansas City in 2010 to form Spinning Tree Theatre with his husband Andrew Grayman-Parkhurst and has served as Artistic Director for nine seasons. Andrew and Michael are proud Daddies to 3 ½ year old Sammy. 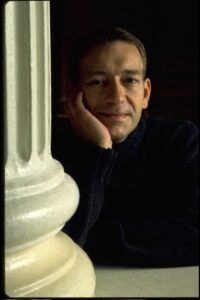 On the inaugural episode of Show People Michael will be having a conversation with Michael John LaChiusa. LaChiusa is a five–time Tony Award-nominated Composer, Lyricist and Librettist for his Broadway productions of The Wild Party, Marie Christine and Chronicle of a Death Foretold. LaChiusa’s acclaimed off-Broadway musicals have been seen at The Public Theater and Lincoln Center Theatre in NYC and include First Daughter Suite, Giant, Queen of the Mist (Outer Critic’s Circle Award, Best Musical), Bernarda Alba, See What I Wanna See, Little Fish, Hello Again, First Lady Suite, and Four Short Operas: Break, Agnes, Eulogy For Mr. Hamm, Lucky Nurse.