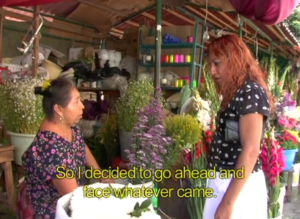 Greetings! Rainbow Spirit host M.G. Salazar is taking a break this month, but Rainbow Spirit will return in February. On this week’s edition of the Tenth Voice, Una, Fiona, Rachael, and guest Aunt Cathy will be discussing some hot-button political topics in the LGBTQIA+ community. Then Una, Fiona, and Rachael will review the documentary film “Muxes.” The Muxe community is an ancient indigenous community of gay, transgender, non-conforming, genderqueer, and intersex persons located in Oaxaca Mexico who are best described as a unique third gender culture. This 2006 documentary gives a unique view into the everyday lives of a native people who walk the divide not just between sex and gender, but also between their native Zapotec culture and Western influence, their traditional beliefs and Catholicism, and acceptance and bigotry.