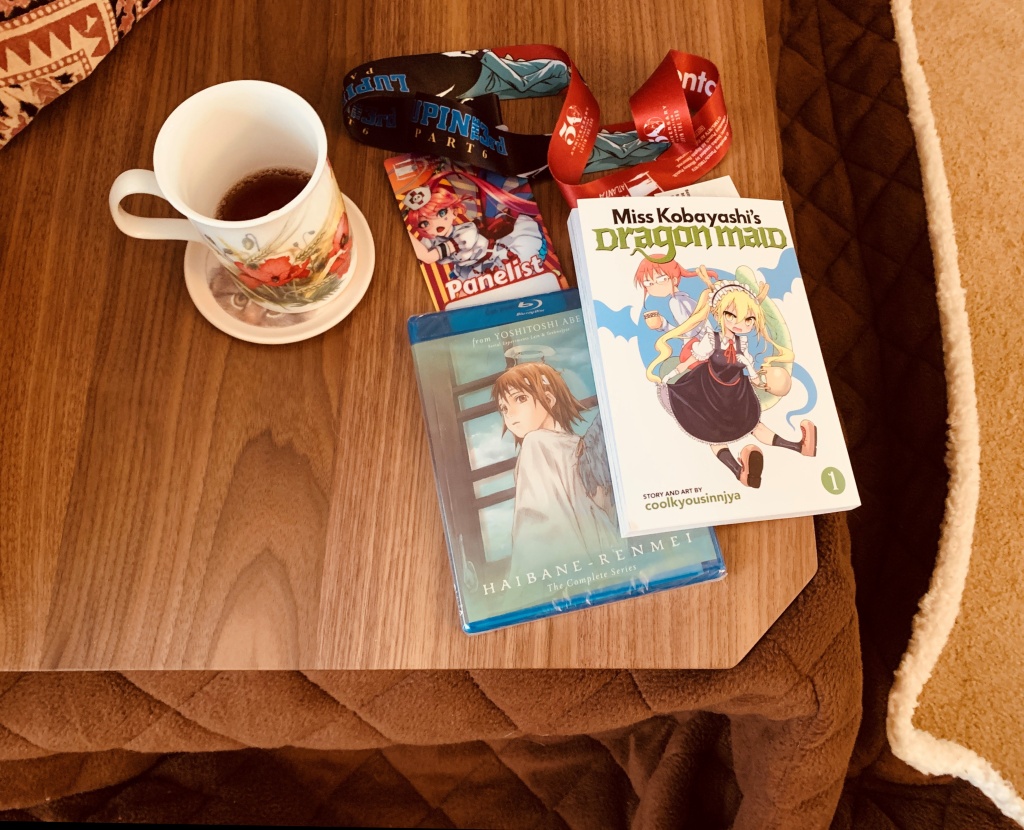 Join us this Saturday on The Tenth Voice as we continue our series on anime (animation) and manga (illustrated novels) dealing with LGBTQIA+ themes. As always, we’re going to give you a wonderful list of resources for LGBTQIA+ anime and manga shows that are non-cringe, non-triggering to watch!  So, be ready to squee your queer little heart out at all the fuzzy feelings and join us under the rainbow kotatsu today! Today, we’re going to discuss the end of arc one of Mobile Suit Gundam: the Witch from Mercury (or Gundam Witch, as it is fondly known), and talking about what yo can watch to fill that void until it comes back in April… But not to fear!  There is a bumper crop of new yuri anime coming out this spring, and some have already started!  So we will be reviewing those, and also warning you about a new show too – throwing ourselves on that grenade, so that you don’t have to!

The discussion will be hosted by Fiona and Una: Fiona is a nonbinary lesbian, and has presented in four panel sessions on Yuri and LGBTQIA+ themes in Anime, as well as assisting with engineering for anime music video (AMV) sessions at Anime Weekend Atlanta 2021 & 2022, and at Momocon 2022, two of the largest anime conventions in the United States. Una has also studied the subject and co-presented on the two panels on Yuri and LGBTQIA+ themes in Anime at Anime Weekend Atlanta 2021 with Fiona, and Una is herself an intersex and transgender woman.

Join us this Saturday at 1pm on 90.1FM, or streaming on kkfi.org!  Keep up to date with all things Tenth Voice by visiting our Facebook page https://www.facebook.com/TenthVoice

Contact the team at The Tenth Voice • Saturday January 14, 2023 – The Rainbow Kotatsu.