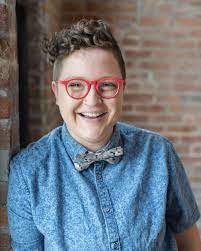 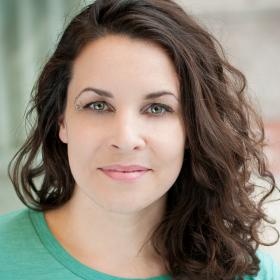 It is the third Saturday of the month and time again for Show People on The Tenth Voice. Join host Michael Grayman-Parkhurst as he welcomes his guests Amanda Kibler and Jennifer Benkert of the Coterie Theatre here in Kansas City. Michael will be talking about the Coterie Theatre’s Project Pride that has been going on for about 7 years.

Amanda Kibler (Coterie Theatre Education Director) earned her M.F.A. in theatre for young audiences from the University of Central Florida. Before joining The Coterie, she worked as an actor, director, and teaching artist at the Omaha Theater Company in Omaha, NE, Orlando Repertory Theatre in Orlando, FL, and Visible Fictions in Glasgow, Scotland. She loves creating theatre for and with youth of all ages.

Jen Benkert has been involved with Project Pride since 2014 and works alongside Amanda Kibler as co- director. She has a BFA in theatre from Stephen’s College. Jen has been around the KC theatre crowd since the age of 15 and Project Pride is her absolute favorite Production of them all. For her day job Jen helps run an all Queer owned and operated property management company alongside her wife (Kristen). They have two rescue pups, and a 112 yr old house that takes up the rest of the time. “Through Project Pride I get to be a tiny part of incredible youth become amazing adults and it’s my greatest joy.”