It is the 3rd Saturday of the month and time again for Show People with Michael Grayman-Parkhurst. This week Michael welcomes Nedra Dixon to the show. 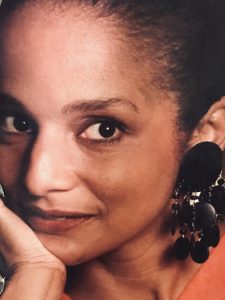 Nedra Dixon has received critical acclaim in venues from Broadway and Off-Broadway, National tours, and regional theatres with credits including Bubblin’ Brown Sugar, Tintypes, Hair and Jesus Christ Superstar. She has shared the stage with such eclectic artists as Kristin Chenoweth and Meat Loaf.

Nedra performed at the White House twice during the Ford Administration, and she performed at the Kennedy Center when Eubie Blake was celebrated for his life-long contributions to the world of music.  And in certainly an unexpected turn, Ms. Dixon can be seen in popular rapper, Tech N9ne’s Hip-Hop music video, Fear, which has been viewed over 2.7 million times on YouTube.