Americas information technology infrastructure is especially inviting to adversarial attacks, as news headlines tell us again and again. Some say that our national cyber defense is inadequate to protect against cyber incidents, defined by the Department of Homeland Security as those likely to result in demonstrable harm to the national security interests, foreign relations, or economy of the United States or to the public confidence, civil liberties, or public health and safety of the American people.

We read how hackers gain access to our personal information stored by huge retailers such as Target and Home Depot, gaining access to millions of credit and debit card numbers. In 2014 JP Morgan Chase announced a breach affecting 76 million households and 7 million small businesses. The Government Accountability Organization reports a nearly 800 percent increase of threats to federal agencies from 2006 to 2012 at a cost likely to exceed $400 billion.

Despite this and evidence of Russian tampering with the 2016 elections, President Trump recently announced that he was getting rid of its top cyber policy adviser role, a position designed to help streamline the government’s overall approach to cybersecurity policy across federal agencies. Compounding problems of coordination is a lack of shortage of trained cybersecurity professionals to fill the growing number of jobs.

Guest – Professor Nasir Memon, founder and chair of New York University Tandons School of Engineering’s cybersecurity program. The Engineering School was one of the first to implement a cybersecurity program at the undergraduate level. In 2002, Nasir founded Cyber Security Awareness Week, an annual conference where tens of thousands of students compete in events and learn skills in cyber security. He is also co-founder of Digital Assembly, a software company that develops digital forensics and data recovery and Vivic, a company that produces malware detection software. Nasirs research and commentary is widely published in scholarly and mainstream press, and he is a frequent radio and television guest. 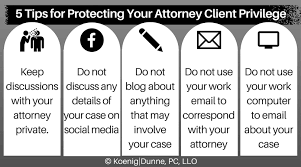 The attorney-client privilege has been in the news with the unfolding Trump scandals in bringing about the FBI raid on Trumps attorney Michael Cohens home, office, and hotel room where a number of documents and computer files were seized.

What is the attorney-client privilege? And to whom does it apply?Generally speaking, the privilege is owned by the client and unless the client waived her rights her lawyer is barred not only from revealing any information about the client but even revealing who the client is.

An exception in the case of the FBI raid and Donald Trumps attorneys Office, Home, and hotel room was made on the grounds that there is a fraud exception to the attorney-client privilege. Defenders of the attorney-client privilege, even if it has to do with protecting Donald Trump, have argued that it is illegal and unprincipled for the Justice Department to get a search warrant from a federal magistrate and violate the principle. These people argue that it is wrong to argue that any stick will do to beat a dog and that making an exception in the case of Trumpcould backfire.

Guest – Minneapolis Attorney Carla Kjellberg, has worked with victims of child sexual assault who have sued priests, litigated sensitive family law matters, and worked with unions and political activists. All these clients had a stake in not having their affairs or names revealed.