Understanding Israel Palestine: Beyond the Walls — “From Imperialism & War to Architects of Repression: Settler Colonialism & the US-Israel Special Relationship” with Walter Hixson (12-17-21)

Understanding Israel Palestine: Beyond the Walls — “From Imperialism & War to Architects of Repression: Settler Colonialism & the US-Israel Special Relationship” with Walter Hixson (12-17-21)

For this week’s episode, producer Jeremy Rothe-Kushel speaks with cultural historian and author Walter Hixson about his recently published books “Architects of Repression: How Israel and Its Lobby Put racism, Violence and Injustice at the Center of US Middle East Policy” and “Imperialism and War: The History Americans Need to Own.” 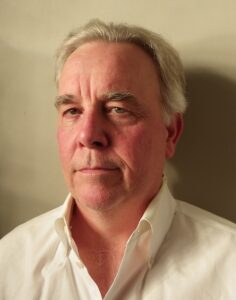 Walter L. Hixson is a historian and commentator whose work has focused mainly on the intersection of American culture and foreign relations. A prolific writer and publisher, Hixson has a produced a series of works critically examining the history of US foreign relations, with particular emphasis on the Middle East in recent years. Since 2019 Hixson has been a columnist and contributing editor of the magazine, Washington Report on Middle East Affairs.

Hixson’s book, Architects of Repression: How Israel and its Lobby Put Racism, Violence and Injustice at the Center of US Middle East Policy, published by the Institute for Research: Middle Eastern Policy in 2021, followed up a previous study entitled Israel’s Armor:The Israel Lobby and the First Generation of the Palestine Conflict (Cambridge University Press, 2019). These richly researched studies have established Hixson as a leading expert on the Israel lobby, spearheaded by AIPAC, which is by far the largest, most well-funded and influential lobby acting on behalf of a foreign country in American history.

Among a number of scholars who took the “cultural turn” in the humanities, Hixson explored the role of ideology and discourse in a major synthetic work, The Myth of American Diplomacy: National Identity and US Foreign Policy (Yale University Press, 2008). Prior to that, most of his work centered on the history of the Cold War, including two influential books: Parting the Curtain: Propaganda, Culture, and the Cold War, 1945-1961 (St. Martin’s Press, 1997) and George F. Kennan: Cold War Iconoclast (Columbia University Press, 1989), co-winner of the Bernath Prize awarded by the Society for Historians of American Foreign Relations. Hixson also published a textbook, American Foreign Relations: A New Diplomatic History (Routledge, 2016).

Hixson received two Fulbright overseas teaching awards, most recently as distinguished chair at the China Foreign Affairs University in Beijing (2009). A generation earlier Hixson was the first Fulbright professor ever at Kazan State University in the former Soviet Union. Hixson wrote a memoir on the memorable experience, Witness to Disintegration: Provincial Life in the Last Year of the USSR, published in 1993 by the University Press of New England. An aficionado of mysteries and true crime, Hixson also published Murder, Culture, and Injustice: Four Sensational Cases in American History in 2000 on the histories of the Lizzie Borden, Lindbergh baby, Sam Shephard and O.J. Simpson cases. He also wrote a slim biography of the famed aviator Charles Lindbergh, published in multiple editions beginning in 1996. Hixson has in addition published myriad articles, book chapters and edited volumes mostly on American foreign policy, with several centering on the Vietnam War. In 1997 Hixson spent three weeks touring Vietnam with returning veterans of the US Army’s storied 101st Airborne division.

Dr. Hixson devoted four decades to academic life, achieving the rank of distinguished professor at the University of Akron where he served as department chair as well as president of the American Association of University Professors chapter before retiring at the end of 2020.

Born and raised in Louisville, Kentucky, Hixson is an avid sports fan and former rec league basketball player. Since relocating to Boulder, Colorado, for doctoral study in 1981, Hixson has been an avid hiker. He returns to the Rocky Mountain West annually for hiking trips and counts a peaceful solo encounter with a mountain lion (which he photographed) as a peak outdoor experience.

Hixson is married and has two grown children, a grandchild and a beloved canine companion.

Contact the team at Understanding Israel Palestine: Beyond the Walls — “From Imperialism & War to Architects of Repression: Settler Colonialism & the US-Israel Special Relationship” with Walter Hixson (12-17-21).