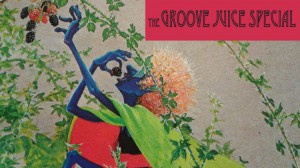 Your host Pop Freeling starts your Sunday Morning off with a superfun show for kids and playful people of all ages. The Groove Juice will be made each week with an original mix around a theme like Super Powers, Space, Dreams, Food and Gratitude. You’ll hear great music, interviews, special guests, stories, birthday shout outs and upcoming family events. Kids have access to radio, whether their pulling out an old transistor, getting stuck in the car with the family or tuning in on a live stream. Give them some groove juice every Sunday and it’ll save their soul!

What a Wonderful World by Dan Zanes featuring Lou Reed and the Rubi Theater Co.

Yoshimi Battles the Pink Robots, Part 1 by The Flaming Lips

The Imperial March by John Williams

Star Trekking Across the Universe by The Firm

Sunbeams and Some Beans by Kimya Dawson

The Heroic Weather Conditions of the Universe, Part 7 by Alexandre Desplat

I Don’t Wanna Grow Up by the Ramones

I Won’t Grow Up by Ricky Lee Jones

Visit us online at https://www.facebook.com/TheGrooveJuice

Post your comments, requests and birthday shout outs (with parent permission, of course).

Last Chance, and Bill Kleoppel are up for auction.

This special episode of the Groove Juice Radio Hour for Children and Other Brave Souls will feature songs and stories on the great red dwarf we call Sun and our dusty gray satellite, Moon. Pop Freeling shares with you a wide array of eclectic artists for all ages from Karen O to The Kansas City Bear Fighters. Tune in and have a chance to win a pair of tickets to the Crossroads Music Fest and get your mind and heart set for the total eclipse the following day!

We have very special guests in the studio this Sunday morning! José André Montaño and Amado Espinoza will be playing modern jazz and Latin music live, as well as talking about the joys of making music!

Our guest this week is Mark Smetzer, a Kansas City artist who crafts his own instruments to make his music. He will share some of his creations on the air and play a few tunes to take us away. We'll also listen to other songs featuring unique musical instruments which may inspire you to make your own, too!

Groove Juice Radio Hour bring you a chorus of bird songs for all ages! Check out music from an eclectic mix of artists singing universal songs to inspire you to get out and talk to the birdies.

The wonderful and only Jonathan Richman will be in Kansas City this week and he is just daring enough to come down to the KKFI studios for an interview. Join Pop Freeling for a special edition of the Groove Juice Special with the songs and stories of independent music legend Jonathan Richman!

This week's alls ages radio celebration features songs about candy! Ask any kid, from Bubble Gum Pop to Rock-Candy is the BEEEST!!! Tune in with the whole family!

Exit 13 Band kicks off the last day of the band auction.

Celebrate the upcoming Autumnal Equinox and the coming of the cool with KC's one and only all ages radio celebration. We'll play songs inspired by the harvest season, falling leaves and warm colors.