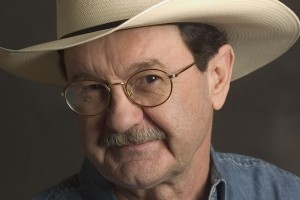 Tune in to "Hightower's Lowdown," a short commentary segment. Hightower's daily two-minute commentaries that hit the issues hard...but with a sense of humor. Jim Hightower, America's leading populist, zings the powers that be in a way that makes audiences perk up, take notice, get angry, think, laugh out loud... and tune in for more.

Tune in to “Hightower’s Lowdown,” a short commentary segment. Hightower’s daily “Pops of Populism” are unique and provocative two-minute commentaries that hit the issues hard…but with a sense of humor. Jim Hightower, America’s leading populist, zings the powers that be in a way that makes audiences perk up, take notice, get angry, think, laugh out loud… and tune in for more. He believes that the true political spectrum is not right to left but top to bottom. He goes after the boneheads of Washington – Republicans and Democrats – as well as the greedheads of Wall Street who are stomping on the little guy. These award-winning commentaries always stir people up and are rich fodder for talk hosts and callers.

Jim Hightower, America’s most popular populist, is a best-selling author, radio commentator, public speaker, and all-around political sparkplug whose credo is “You can fight the gods and still have fun.” Twice elected to statewide office in Texas, he has long battled the Powers that Be on behalf of the Powers that Ought to Be: working families, consumers, the environment, small businesses, and just plain folks. His latest book is called Swim Against the Current: Even A Dead Fish Can Go with the Flow. You can read more about Jim and keep up with his latest commentaries over at JimHightower.com.