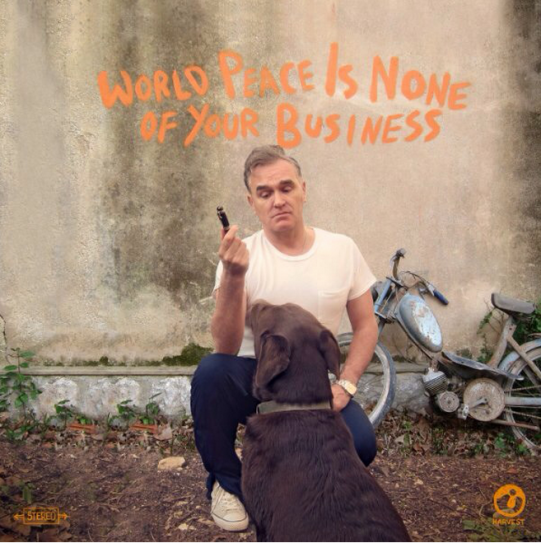 Former Smiths lead singer Morrissey’s career has been marked by an extreme sympathy. He’s the one with compassion for the outcasts, the person willing to talk to the broken and battered. He takes pity upon defenseless children and gives a voice to those suffering in silence. For many the notion of a “bleeding heart” is a cloying kind of problem, to Morrissey it’s a wonderful gift that bears kindness.

On the latest single from the forthcoming World Peace Is None of Your Business, that gift is nowhere to be found. The bleeding heart has been all sutured up. With a valedictory accordion and easily bending guitar notes adjoining him on “The Bullfighter Dies”, Morrissey’s not empathizing the death of a Spanish icon, but celebrating it. In fact between him and the instruments, he seems to be the only one cheering. Every note played in the intro by the trumpet reads as mournful. Not Moz, no he’s laughing through the lamentation. In his mind, the toreador tempts fate by needlessly harassing the innocent bull and whatever befalls him is a fit punishment. The bullfighter knows what he’s getting into and shouldn’t be surprised when the moment of truth finally comes. “Nobody cries” as Morrissey succinctly puts it in his wavering baritone during the rousing chorus. It’s hard to shed a tear for someone we know is going to die.

(You can listen to the studio version here. World Peace Is None of Your Business drops July 15 on Harvest Records.)

This is the KKFI Jazz Event Calendar for the week of Monday, August 31st to Sunday, September 6th. This is... read more

This is the KKFI Jazz Event Calendar for the week of Monday, August 8th to Sunday, August 14th. This is... read more

This is the KKFI Jazz Event Calendar for the week of Monday, October 16th to Sunday, October 22nd. This is... read more

Join Host Art McDonnell as he fills in for Beth Pike on The Thirsty Thursday Edition of The Morning Buzz.... read more

We're very excited to present to you the brand-new KKFI 90.1 FM website -- kkfi.org. It's redesigned and updated with... read more