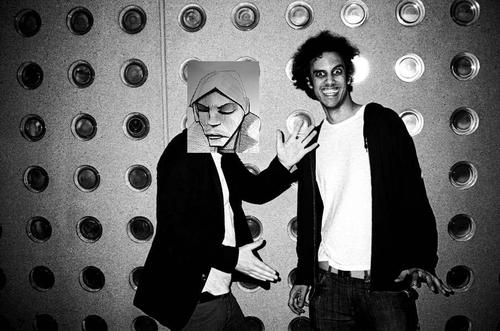 This past weekend, electronic producer Four Tet took over Britain’s Rinse FM for a marathon eight-hour set, begun in the most minor-key fashion imaginable: with a previously unreleased cut between him and abstruse “dubstep” artist Burial. The two have an undeniable chemistry that reaches back to 2009 with the dying-robot sounds of “Moth” and shudders every so often to the present. “I hope someone is recording this for YouTube” Four Tet sedately jokes, but the moment the acidic rain and mechanic clatter quiets and the vocals step forward from the shadows, you’re glad they did. The wraith-like voice is a pure Burial affectation; the sound of a withering 90s R&B sample echoing throughout an empty haunted house. “My heart just won’t let me be right,” the disembodied voice of Mariah Carey bleats over the palpitating bassline. Soon the spectral presence shifts into a wordless choir invisible as an apocalyptic gust picks up in the background. Ghosts never really go away though, they only flee for a time and soon the spirituous performer is back, picking up from a past life. Now the apparition is imbued with an undeniable pain, intermittently screaming while the last rain droplets fall on the eaves of an abandoned industrial building. “We never got anything out of it” Four Tet proclaims in that opening, but the ensuing collaboration says otherwise.

Four Tet’s new album Beautiful Rewind is currently available in the UK and will drop in the U.S. 10/15 through the artist’s Text imprint.