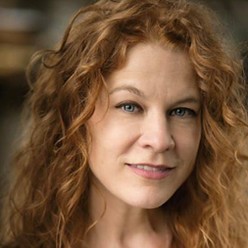 Cinnamon Schultz is a proud member of Kansas City Actors Theatre Artistic and Community Board.  As a local actor and director, she has had the pleasure of performing at several theatres in Kansas City; Heart of America Shakespeare Festival, The Unicorn Theatre, The Coterie Theatre, Theatre for Young America, the KC Rep., Kansas City Actors Theater and The New Theatre Restaurant.  Cinnamon has also performed in radio, television and film as well, having appeared as Victoria in the film Winter’s Bone, which was awarded the Grand Jury Prize at the 2010 Sundance Film Festival and received four Oscar nominations in 2011 including Best Picture.  She is also the head Acting professor for Kansas City Kansas Community College.