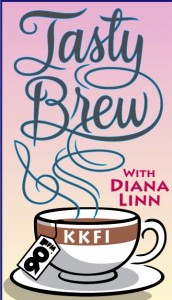 The "Tasty Brew" is an eclectic mix of American roots based music genres regardless of the nationality of the performer. Americana music is difficult to define.

Hosted by • Airs on Tuesdays at 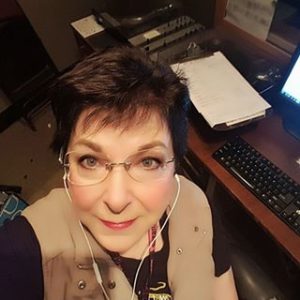 Diana Linn, a member of the Americana Music Association and Folk Alliance International, hopes to expand the listening base for KKFI by highlighting this treasure trove of music that she feels is severely under-represented by corporate radio.

Program host Diana Linn Ennis describes her weekly show, “The Tasty Brew,” as an eclectic mix of Americana music.  The Americana genre can be defined as the combination of roots music formed by the shared and varied traditions that make up the American musical melting pot; specifically those sounds that are merged from folk, country, bluegrass, blues, rhythm and blues, rock and roll and other external influences.

Diana Linn is a member of the Americana Music Association, Folk Alliance International and frequently substitutes or co-hosts other programs on KKFI including The Blues Kitchen, Womansong, the Local Music Showcase and River Trade Radio.

Songwriters from the Heartland are the gift that keeps on giving.  This week's show will feature new art released by Tasty Brew favorites Sky Smeed and Chad Elliott so you will want to check it out.  It is music you didn't know you needed!

It has been a long, contentious and brutal election cycle sprinkled with a heavy dose of pandemic anxiety.  Take a break and treat your ears to some of the best in Americana Music being released in these momentous days.

Ten years of the Tasty Brew Music Radio Show has come and gone... it's time to focus on the present and though the year 2020 has been cataclysmic for the music industry and it's makers....generative artists are pushing onward and upward...releasing new music every day!  This week's focuses on music released this year to date and lots of ground will be covered....introducing new artists to the air waves of Kansas City from the Heartland and beyond!  Nashville artists like Brit Taylor, Tennessee Jet and Ashley Ray (formerly of Lawrence, Kansas) and local Kansas City based music from The Magi, Old Sound, Multiverse and Cantaloupe City.  This  music is being introduced for the first time to radio in Kansas City on the Tasty Brew Music Show.  Tune in and show your support for this Week Number One of the Fall Pledge Drive.

The August 25th edition of The Tasty Brew Music Radio Show will feature music that accompanied and continues to sustain the fight for women's right to vote and be heard...celebrating the 100th anniversary of the passage of the 19th Amendment to the United States Constitution AND Women's Equality Week.

June is African-American Music Appreciation Month.  The Tasty Brew Music Radio Show is honored this week to highlight the work of Dom Flemons' and his 2018 release "Black Cowboys" on Smithsonian Folkway Recordings.

Diana Linn has waited until the last possible moment to spin some holiday tunes...join her Christmas Eve morning at 6 am for the best in Americana/Bluegrass/Country and Roots Holiday tunes.

A playlist of just some of the best Roots Music released in 2019 and live in studio guests Westra Fox!

Guest DJ Paul Johnson returns to the Tasty Brew Music Radio Show with a great playlist. This week's new music feature in an all female compilation of Tom Waits tunes!