Second Thursday: Shots in the Night radio theatre, hosted and produced by various members of Shots In The Night. 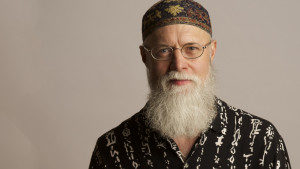 Dwight Frizzell is an internationally recognized artist whose interdisciplinary work combines video, performance, installation, music, audio art and writing. He has been producing the “From Ark to Microchip” series with Jay Mandeville since 1984. 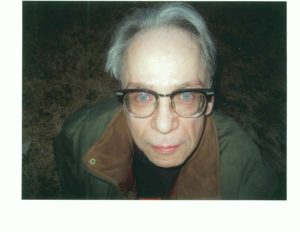 Jay Mandeville, host of "From Ark to Microchip," is a poet, essayist, editor, voice actor, and erstwhile
jazz crooner, is a native Kansas Citian, and currently resituated in
Independence, Missouri. 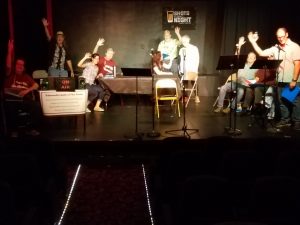 This troupe has been entertaining KKFI's listeners since 2010.  It is all local, all home grown.  Writers, actors, technicians, and producers are local artists and artisans, some of whom have day jobs!  They have an eclectic, if somewhat erratic, outlook on life and what you think is funny. 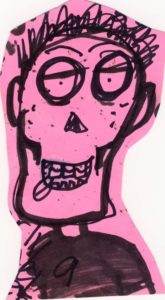 Second Thursday: Shots in the Night radio theatre; hosted and produced by various members of Shots In The Night. In 2021 SITN has received two awards for podcast productions in the 9th Annual Hear Now Audio Fiction and Arts Festival produced by the National Audio Theatre Festivals, Inc.

Timecapsules, as reinvented by David Ossman, are audio holograms—projections of historic texts through the lens of today—but from a future perspective.  As audio fossils, they connect us across time while indulging in the particularities of our moment. The layered Timecapsule approach flows through Firesign Theatre’s work, but here the form is liberated from the revolutionary narratives they once served. Unfettered from the past while capsulizing it, they are surprisingly compelling on their own.

Shots In The Night: Pride Month!

We celebrate Pride Month and the KKFI Spring Fund Drive!

We now live in a world of expensive un-nutritious monocrops, often genetically modified to require the chemicals that have destroyed their nutritional value. Often irradiated or otherwise treated to keep them from rotting on their long journey around the world from farm to grocery store.  What's the solution?

Stand Up! A Round Table on AAPI Hate and Solidarity – May 20th 7pm

Shots In The Night: What’s for Dinner, Mom?

Shots in The Night on the Thursday Night Special

Join host, Bob Grove, and guests to discuss the Green New Deal. What is it? Why is it? Where’s it going?

Join host, Bob Grove, and the people behind Kansas City’s 2021 Earth Festival to discuss the present, past and future of Earth Day.

Sustainable Fashion: The Environmental Impact of What We Wear

Join host Bob Grove and guests to learn how fast fashions are devastating our environment, our workforce, and how you can make simple choices to protect the environment and your pocketbook, while staying on trend and in style.

Sustainable Mobility: The Environmental Impact of How We Get There

Stand Up! The N Word -- A Black-centered podcast that encourages discussion on the use of both sides of the -N- Word: N*gger (racial slur) and N*gga (greeting/expression) Hosted by Angela Believes with live, call-in guests.