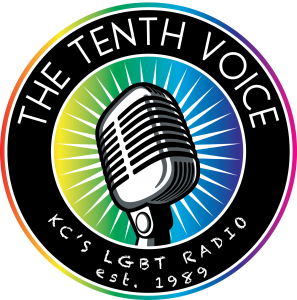 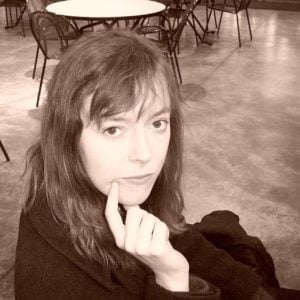 Fiona Nowling is one of the producers of the Tenth Voice, which airs every Saturday. She also coproduces the program Every Woman, also airing on Saturday.  In August 2018 they were elected to the KKFI Board of Directors for a 3-year term. In December 2019 she was elected to be President of the Board of Directors of KKFI, and in August 2020 they were reelected to the Board, and elected as Secretary of the Board of Directors of KKFI. Outside of KKFI, she runs a support group called SOFFA, works in the IT Field in Healthcare, and enjoys anime and reading in what remains of their spare time.  Pronouns are she/they. 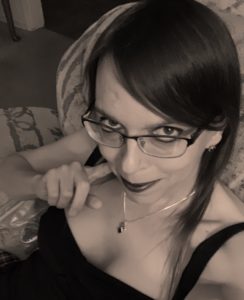 The Tenth Voice is the Kansas City area’s only weekly broadcast created by and for LGBTQIA people in our community in the Greater Kansas City area and around the world online. Listeners can tune in each Saturday at 1:00 PM. Each week our team of hosts and producers present interviews, information, music, news and features especially important to Lesbians, Gay Men, Bisexuals, Transgender and Allied collective communities. Since 1989, The Tenth Voice radio show has documented and informed the LGBTQIA Kansas City Community.

The name of the show comes from the early Dr. Kinsey sex studies where he determined that 1 in 10 people are homosexual. That number has changed over time but just like the historic Stonewall name, we are keeping ours for the same reason. 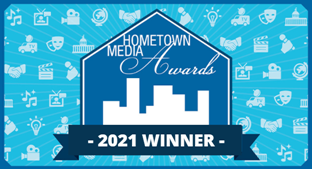 It is the 3rd Saturday of the month and time again for Show People with Michael Grayman-Parkhurst. This week Michael talks with director, playwright and screenwriter Emily Mann!

The Tenth Voice • Saturday January 1, 2022 – Starting the Year with Hope

This coming Saturday on New Years Tenth Voice Producers Una and Fiona will kick off 2022 with a discussion about the big events of last year and the hopes for the coming year, and then on the subject of hope we will be interviewing Patty and Kate, a couple who will talk about how their love which, to quote Shakespeare, "...looks on tempests and is never shaken." They will discuss the path of keeping and evolving their relationship as Kate underwent gender transition, and we believe their story will be a positive message of further hope for all our listeners out there!

This coming Saturday is Christmas, and we are going to devote the episode of the Tenth Voice on 90.1 FM KKFI, Kansas City Community Radio to giving thanks for good things in our life, sending well-wishes to people whom we care for but may be distant at this time, and giving specific and general well-wishes to those in the community. While we are hoping to get a lot of response from the transgender, non-binary, and intersex community and allies, we want to open it up to everyone in the big LGBTQIA+ family.

Join us this Saturday at 1pm!

After being a member of Cincinnati Ballet, Contemporary Dance Theatre and touring with Disney on Parade, Christine became a Rockette at Radio City Music Hall and then toured with Peter Allen. She debuted on Broadway as a member of the original cast of Bob Fosse’s musical Dancin’. She also was an original cast member of Fosse’s Broadway revival of Sweet Charity appearing as one of the iconic Spender Girls as well as the role of Ursula. She toured with the First National company of Fosse. Some Television and film credits include: Alvin Ailey Dance Theatre Workshop Special (PBS),The Tonight Show, A Chorus Line and the original Annie starring Carol Burnett. Until the pandemic of 2020 Christine was teaching Kansas City Ballet trainees the sublime and quirky work of Bob Fosse. She just got back from New York working with Director Wayne Cilento on the 2022 Broadway revival of Dancin’.

It is the 2nd Saturday of the month and we have special guest Dante “Danny” Lawrence (They/He/She) on the program.

Dante is an artist somewhere in the middle of their journey with an unknown destination and trying to love every minute of that. His background in theatrical design and working in theatre for 10 years has given her a passion for storytelling and creating temporary pockets of emotional connection. Wherever they’re headed they hope to continue to tell stories while focusing on individual and community growth and continuously exploring what that looks like.

We will be talking gender identity, drag, and what it means to be non binary and gender fluid. We will also be talking about Dante's work in the arts, and their work as an educator.

Join us at 1pm Saturday the 11 and  Keep up to date with all thing Tenth Voice by visiting our Facebook page https://www.facebook.com/TenthVoice

Demonizing Masculinity in Trans People: This week, Host TJ Burton sits down with special guest Zoë Dunning (they/he/ze) to discuss masculinity within and outside of the binary of gender. Together, they will explore the negative connotations of masculine-appearing trans people and how that effects the trans community as a whole.

Join us this Saturday at 1:00 pm for Generation T and keep up with all things Tenth Voice at https://www.facebook.com/TenthVoice

Join us this Saturday at 1pm!

It is the 3rd Saturday of the month and time again for Show People with Michael Grayman-Parkhurst. This week Michael welcomes Nedra Dixon to the show.

Michael is thrilled to  have Nedra Dixon as his guest this week. Nedra directed The Coterie's Once On This Island and has appeared twice on its main stage as Aunt Em/Glinda in The Wiz. In addition to the honor of performing at the White House, the Kennedy Center, Carnegie Hall, and Madison Square Garden, Nedra has received critical acclaim as a “triple threat performer,” director, and choreographer in numerous venues on Broadway, Off-Broadway, national tours, and regional theaters. She has played roles as varied as Mary Magdalene in Jesus Christ Superstar, to the ditzy gun moll, Erma, in Anything Goes. Additional Kansas City credits include Menopause, Ruined, bare: A Pop Opera, And Her Hair Went With Her, The Women of Brewster Place, and Grey Gardens, which she directed. Nedra is a featured vocalist on 12th Street Jump, the locally-produced jazz radio show that is broadcast on 110 NPR stations nationwide, and is a proud member of Kansas City’s hottest vocal jazz trio, Book of Gaia, with Angela Hagenbach and Pamela Baskin-Watson.

Welcome to the first Saturday of the month and Generation T with TJ Burton. This month TJ will talk about family and the difficulties of some blood relations to accept and support  trans siblings. Tj will also talk about trans health care, puberty blockers, and finally touch on the ongoing issues with Dave Chapelle's special, The closer

Join us this Saturday at 1:00 pm for Generation T and keep up with all things Tenth Voice at https://www.facebook.com/TenthVoice

Greetings and welcome to a special 5th Saturday edition of The Tenth Voice. This week we have special guest hosts Starla Carr and Spiritual Studd.

The duo will be discussion the topic of  Oppression Olympics. The idea that a characterization of marginalization as a competition to determine the relative weight of the overall oppression of individuals or groups, often by comparing race, gender, socioeconomic status or disabilities, in order to determine who is the worst off, and the most oppressed. As an example they will be discussing Dave Chapelle's comedy show and how it effects the LGBT+ community.

Join us at 1pm Central Time, on 90.1 FM, streaming on kkfi.org or various apps on your phones! And be sure to keep up with The Tenth Voice on our Facebook page: https://www.facebook.com/TenthVoice