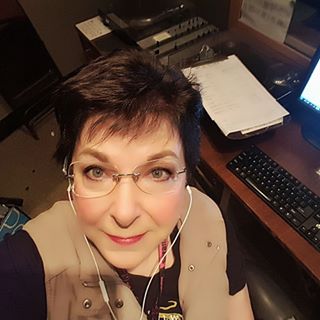 “I began “guest DJ” spots on KKFI in 2002 and after nearly twenty of them, I was encouraged to begin training to be an engineer as well as submit ideas for my own program.  The opportunity to have my own show presented itself in 2010 and I’ve been on the air every week since.

I cannot imagine living without music. I cannot play an instrument or sing very well, but I am in awe of those who can. In order for the circle of human creativity to be complete, someone has to be the patron and advocate. I believe that support is my role.

Volunteering as a KKFI guest programmer fulfills both sides of the music equation for me. I get to share the music I love promoting those who create it.”

Diana Linn is a member of the Americana Music Association and Folk Alliance International and co-founded the Heartland Song Network, a non-profit whose mission is to elevate the art of the song through education, collaboration and mentorship.

Siren Song is an eclectic mix of music from local, national and world artists sprinkled with the occasional interview from movers and shakers.