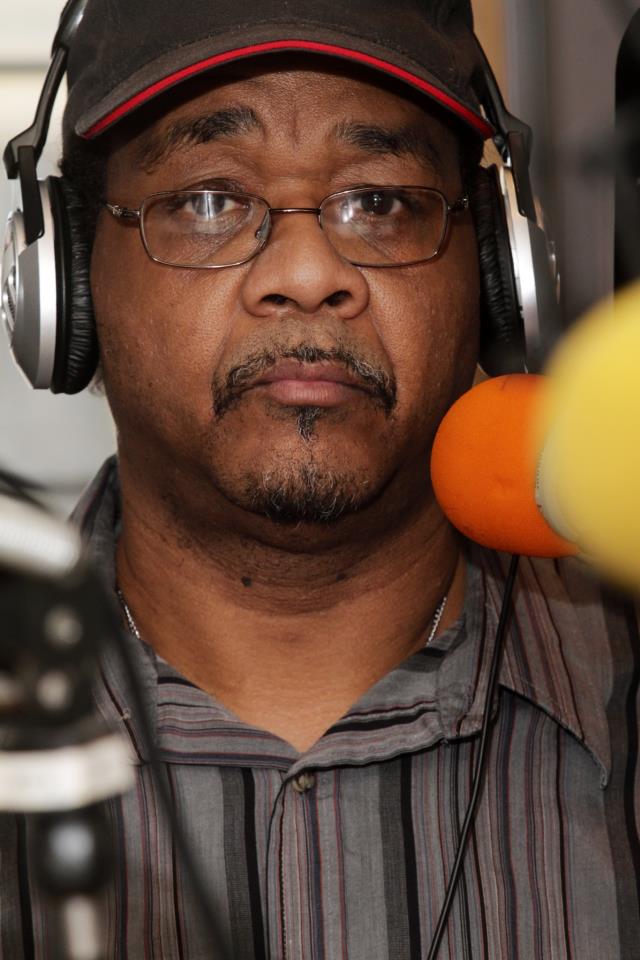 Larry has a long history with KKFI, being one of the earliest on-air programmers. Larry has developed a loyal and growing audience, who appreciate his up-tempo blend of R&B, soul and blues.

Larry’s experience with music and broadcasting began long before his association with KKFI. Growing up in St. Louis in a musically-oriented family, Larry played keyboards and sang in a group called the Destinations.

But he got his first taste of broadcasting by spinning tunes as a DJ at several Kansas City clubs. “I got out of that when a guy came in the back door at one of the clubs and tried to shoot the cashier,” Larry said. The crook missed, but Larry took his cue, quit the clubs and enrolled at the Columbia School of Broadcasting. According to Larry they told him then, “You know how to play music, now we’re going to teach you how to talk.” Larry took it seriously, even building a makeshift studio in his garage to practice.

Upon joining KFFI, then-manager Dave Creighton said about Larry’s broadcasting school experience, “Forget everything they taught… you can’t learn until you burn.” And they put him on the air.

When he’s not at “My Place” Larry works for Sprint.

My Place is a show about giving artists the opportunity to have their music played on the air, when other radio stations would not. Larry plays all the latest and hottest in Southern Soul. PS: That's what KKFI's goal is all about.