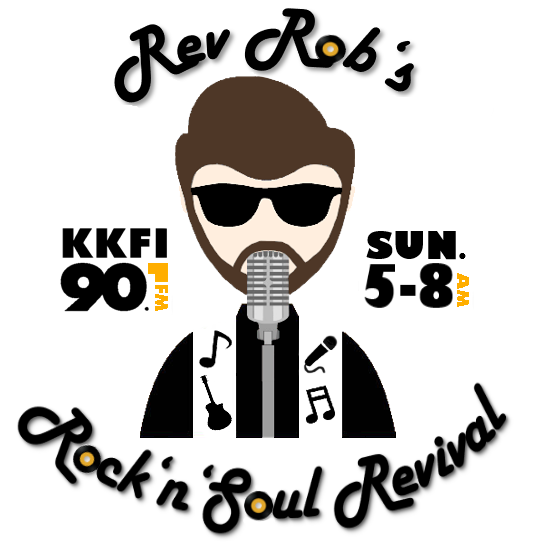 Robert starting DJing while in college at the University of Missouri-Rolla for KMNR 89.7FM. It was here that after an Ouija board accident on a spooky Halloween night that Robert gained the ability to channel the spirit of Wolfman Jack. Robert is a lover of all music, but has a special affinity for 50’s & 60’s R&B and Rock ‘n’ Soul! I mean even his first car was a 1957 Chevy Bel-Air! He promises to get that car back one day and he also promises to take you back to the yesteryears of great radio. Tune in for your favorites from the period, themed shows, interviews and more!

"He's a rebel and he never ever does any good, just because he doesn't do what anybody else does" ... Reverend Rob on the mic playing the songs I know you like. Climb aboard this early Sunday morning time machine as we turn back the clock to the birth of rock. We’ll stroll down memory lane to your favorites and more from the pop, rock, doo wop, r & b, and soul of the 1950's and ‘60's. From The Ad Libs to The Zombies and all in between it's your chance to dance to a happening scene.