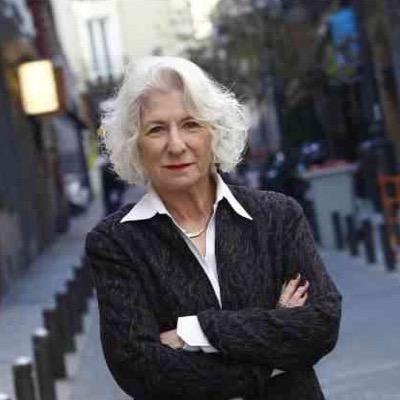 Occasionally Law And Disorder has featured interviews with significant attorneys. We call this segment of the show Lawyers You’ll Like. One such attorney is todays guest, Nancy Hollander. She has been practicing criminal defense lawyer in Albuquerque, New Mexico and has been a partner since 1980 in the law firm of Freedman, Boyd, Hollander, Goldman, Urias, and Ward.

Nancy Hollander’s practice has largely been devoted to representing individuals and organizations accused of crimes, including those involving national security issues.

She was one of the attorneys in the landmark Holy Land Five case. She won whistle blower Chelsea Mannings release in 2017 when President Obama commuted her sentence from 35 years to seven years. Although not currently representing Manning she has met with her recently. Manning has been jailed for two months for refusing to cooperate with a grand jury in Virginia which is investigating Julian Assange of WikiLeaks. Manning released the famous Iraqi war log video showing American war crimes in Iraq to Julian Assange of WikiLeaks. He is in prison in London awaiting extradition and trial in Virginia where he faces 175 years in prison if convicted of Espionage Act violations. She represented Mohamedou Ould Slahi, whose release she obtained after he served 15 years in Guantanamo without ever being charged.

Guest ” Attorney Nancy Hollander has been a member of the firm Freedman Boyd Hollander Goldberg Ives & Duncan, P.A. since 1980 and a partner since 1983. Her practice is largely devoted to criminal cases, including those involving national security issues. She has also been counsel in numerous civil cases, forfeitures and administrative hearings, and has argued and won a case involving religious freedom in the United States Supreme Court. Ms. Hollander also served as a consultant to the defense in a high profile terrorism case in Ireland, has assisted counsel in other international cases and represents two prisoners at Guantanamo Bay Naval Base. Nancy is co-author of WestGroups Everytrial Criminal Defense Resource Book, Whartons Criminal Evidence, 15th Edition, and Whartons Criminal Procedure, 14th Edition. She has appeared on national television programs as PBS Now, Burden of Proof, the Today Show, Oprah Winfrey, CourtTV, and the MacNeill/Lehrer News Hour. 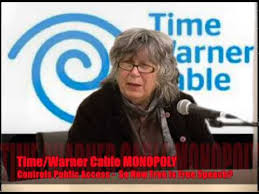 Last month United States Supreme Court in a 5 to 4 decision written by Brett Kavanaugh decided that TV cable companies can, in the words of our guest, losing plaintive DeeDee Halleck, censor whatever, whoever, and whenever they want.

Cable companies like Manhattan Neighborhood Network can now limit public access that carry TV shows to be available in hundreds of cities and towns.

The Supreme Court held that Manhattan Neighborhood Network is not subject to First Amendment constraints, that the free-speech clause of the First Amendment prohibits only governmental, not private abridgment of speech and that MNN is a private company.

Judges Cavanagh, Robert, Thomas, Alito, and Gorsuch is found against the free-speech argument of Halleck and her co-plaintiff Jesus Melendez.Judge Sotomayor wrote the dissent which was joined in on by Ginsberg, Breyer and Kagan.

Guest ” Deedee Halleck one of the plaintiffs in this case and among the top media activists. Shes co-founder of Paper Tiger Televisionand also the Deep Dish Satellite Network, the first grass roots community television network. She is Professor Emerita in the Department of Communication at the University of California at San Diego.