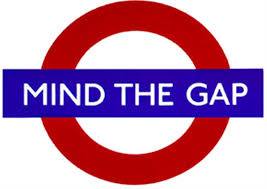 Hosted by • Airs on Saturdays at 10:00pm
Contact This Show 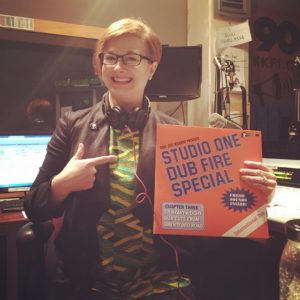 A music head since age 3, when she made her mother buy her Van McCoy's "The Hustle" on vinyl, J Zed grew up listening to funk, hip hop, and disco before falling for New Wave in the 80s. Developing a healthy love for alternative Brit bands like New Order, The Smiths, Depeche Mode, The Cure, Happy Mondays and Joy Division, she discovered house music in the early 90s. Instantly gravitating towards the soaring anthems and diva vocals, it was a love affair that wouldn't soon die, and having a radio show in college at Drake University with a good friend sparked an excitement for being on the air that she never forgot. Still an aficionado of the music genres of her youth, J Zed celebrates the evolution of them into the new and fresh, having a keen finger on the pulse of what's coming up, which she translates into her weekly shows.

Have you ever gotten sick of most of the commercial EDM out there on the radio right now? Is it all starting to sound the same? Did you ever wonder where some of today’s trends got their roots? Then pull up a chair, put on some headphones, and LISTEN. Music from the UK is unparalleled in its uniqueness, and its uncanny ability to be able to live on the cutting edge of the Next Big Thing. Nowhere in the world is club music more influenced by multiculturalism, nor does any of it sound the same. Between bashment dancehall, to deep house, to UK funky to UK garage, to jungle and then its progeny drum-n-bass, to breaks and dub-heavy, wobbly beats, to grime and the UK’s own brand of spoken word and hip hop, it NEVER gets boring or stale.

This show is going to expand your horizons of what is commonly known as just ‘dance music’, and hopefully it will smack you in the face like it did me over 6 years ago, when I happened to tune in to Annie Mac’s Mashup Show streaming online one night in November, 2008 while sitting at the computer, balancing my checkbook. Life was never the same again after that night—-all the clubby techno I’d loved in the 90s had been reinvented, and in a way I’d never heard before.

I hope you feel the same way, too, after tuning in. So grab a brewski, some ear buds, and a comfy couch—-though once we’re three songs in, you may not feel like just sitting around any more! That’s my hope with Mind The Gap.

It's J Zed's LAST SHOW on KKFI before she moves to her new residency at Data Transmission Radio, and she'll be bringing you guys a Minimalist Special with high-octane techno blasters from Cleric, Tawa Girl, Tensal, Asio, Planetary Assault Systems and more…later on she’ll administer your weekly recommended dosage of drum n bass, jungle and breakbeat with new stuff from Murdock and Bop & Subwave…DISC 2 will close us out with a selection courtesy of Stenny from the Ilian Tape imprint from his first full-length LP.

Ever felt like a laid-back rave is the one? Well, J Zed has, and this weekend she's bringing you the best of deep and soulful house music from the likes of Lebedev (RU), Tape 90, Mark Farina, Fjaak, Mambo Brothers, and more...then, get ready to bliss out further as DISC 2 takes you home with tracks by Octo Octa and more from Gonno & Nick Höppner's new EP for Ostgut Ton.

Get ready for some dark and stripped-back acid techno from the likes of Chris Liebing x Charlotte de Witte, new Lenske Records signing Airod, Kulør Records' IBON and Schake and more during this week's First 30 Mix...the second half doesn't let up with drum n bass by Bop x Subwave and Makoto, before powering back down in DISC 2 with shimmering leftfield by Parris x Call Super, and Floating Points.

This week, J Zed's got loads of bangers from the likes of Patrick Topping, Marco Faraone, Friend Within, and more during The First 30 Mix...after that, we'll hear more from 15 Years Of Shogun Audio in the form of tracks by DJ Marky x Pola & Bryson, as well as Gerra & Stone, and a leftfield breakbeat belter by Galaxian for Ilian Tape. DISC 2 rounds us out this week with some experimental ambient by Ryogo Yamamori, and Barker.

It's a Leftfield House SPECIAL! I'll be featuring offbeat and quirky tracks by Kettama, DJ Seinfeld, and Fold, plus material from Special Request's new EP and much more...we'll hear tracks from 15 Years Of Shogun Audio in the second half, and DISC 2 comes at you with deep leftfield house by Gonno & Nick Höppner, as well as Kevin Castro.

Nightshade Sits In for J Zed!

This week on MTG, J Zed's away, but never fear, Nightshade is here, bringing you an hour of darkwave and more for a special episode of The Darkest Hours!

Join J Zed to kick off KKFI's Fall Pledge Drive with some deep and dark techno during this week's First 30 Mix by Developer, Jay Lumen, Rhyw, a double dose of Setaoc Mass, Myles Serge, and Donor & Truss...the second half brings you drum n bass by Makoto, and a remix from Quadrant, Kid Hops & Iris...And then, we'll start the calm-down process during DISC 2 with leftfield from Martyn and Ross From Friends. We'll also be taking your pledges and chatting all things KKFI during the hour.

It's a brand-new month on MTG, and in turn, J Zed's brought the heat in the form of ravey tracks from Asquith, Raito, Solardo, a two-fer from Alex Metric and more during The First 30 Mix...then, she'll flip the tip in the second half for another UK Jungle special with new stuff from Insomniax, Double O, S.P.Y., and more...DISC 2 this week chills us out with a track by Kasper Marott on Courtesy's Kulor label.

J Zed brings you the first leftfield and techno First 30 Mix of the fall season with material from Amelie Lens' brand new EP, Little Robot, plus tracks from the Zenker Brothers, Walton, Wants, and Forest Drive West...after that? It's the return of her "Best Of" playlist, with her favorites from the past four weeks consolidated into one 30-minute mix. Expect to hear repeats by House Gospel Choir, Hugo Massien, Lone, and more.