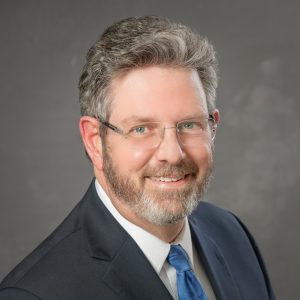 Hosted by • Airs on Second Thursdays at 7:00 PM

Second Thursday of each month at 7 PM Contact This Show

Bill came to KKFI via Shots In The Night.  After writing, recording, and producing that show for several years, he was finally convinced to step up and undertake production of the All Souls Forum, too.

Shots In The Night is the longest running , award winning radio theatre program in Kansas City.  It has been broadcast on KKFI since April 2010.  The show has won two Gold Awards at the 2019 Hear Now Festival, one Silver Award at the 2020 Hear Now Festival and numerous Bronze Awards through the years.

Shots in the Night Comedy Hour

Shots in the Night Goes Out of this World

Shots in the Night presents unusual, strange, otherworldly and out-of-this world experiences sure to mesmerize, spellbind, chill and thrill you. Right here at KKFI 90.1FM, Thursday, August 30th at 7:00PM. Never mind what goes bump in the night, worry about what goes bump in the day!
KEEP YOUR EYES ON THE SKIES, and watch out behind you!

Shots in the Night: Fringe Show in Studio LIVE!

﻿Shots in the Night present some of their best sketches from their performance at the 2018 KC Fringe Festival. Music, humor and sophisticated fart jokes.

Shots in the Night presents a program on poetry like only they can.

Shots in the Night: The Poetry Show!

This is an unusual Shots in the Night show. Tonight’s show is about our city, its people, its feelings, and its life, described through poetry by local artists. If you think you don’t like poetry, you are in for a pleasant surprise, because many of these poems are more like storytelling.
You will hear work by these poets: Gregory Cenac, Linda Kay Davis, Patrick Dobson, Sharon Eiker, Kathy Hughes, Silvia Kofler, Will Leatham, Michelle Pond, Jeanette Powers, Jason Preu, Larry Welling, and Brandon Whitehead.
The poems will be read by Rosena Baumli and Jason Preu.
ENJOY!

Watch Out! The Daubers Are Out to Get YOU!

Shots In The Night brings you the ultimate stinging sci fi classic Dauber- If you hear them, it’s too late!

Tune into KKFI 90.1 FM to find out what all the buzz is about. That’s Shots In The Night This Thursday at 7:30. Look Out- and WEAR REPELLENT

Another hour of home grown humor by KC's ONLY Radio Theater group, Shots in the Night. This program dedicated to celebrating Gay Pride month, with music and hilarious comedy sketches

Shots in the Night’s Joke Show

The folks from Shots in the Night recorded people telling jokes during the saint Patrick's Day parade. We'll hear them tonight!