Our show will air news of Mumia Abu-Jamal, a political activist and journalist. He has been involved with the Black Panther Party and he supported the MOVE Organization in Philadelphia. He covered the 1978 confrontation in which one police officer was killed.

Mumia Abu-Jamal was convicted of the murder of a Philadelphia police officer and sentenced to death in 1982. The murder trial of Abu-Jamal has been seriously criticized for constitutional failings; he has steadfastly claimed that he is innocent, and many opposed his death sentence. The family of the murder victim, public authorities, police organizations, and conservative groups believe that Abu-Jamal’s trial was fair, his guilt undeniable, and his death sentence appropriate.

He is described as “perhaps the world’s best-known death-row inmate” by The New York Times. He became widely known while on death row for his writings and commentary on the criminal justice system in the United States. During his imprisonment, Abu-Jamal has published books and commentaries on social and political issues. His death penalty sentence was overturned by a Federal court and in 2011, the prosecution agreed to a sentence of life imprisonment without parole. He entered the general prison population early in 2012. He continues to write and regularly broadcasts commentary on Prison Radio at https://www.prisonradio.org/about

You can listen to Prison Pipeline who produced this segment on KBOO Community Radio, Portland Oregon at https://kboo.fm/program/prison-pipeline.

Keeping The Faith Amid the Coronavirus Pandemic 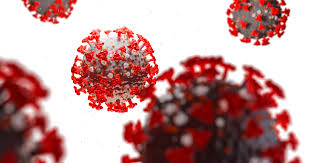 After the calendar, host Melvin Merritt will talk with two clergy, Pastor Morris Brown of the Apostolic Church of God in Kansas City MO and Pastor Paul Lim of the Good News Church of Kansas, in Kansas City KS. The three will discuss the coronavirus as it relates to church and how people may be affected by inability to come together in their faith. Tens of thousands have clicked to pray for salvation since the outbreak. Is it faithful to flee an epidemic? And, if so, how best might that be done?

Calendar for the week of April 13th:

In compliance with the local instruction, all live meetings are suspended until the all clear is given by the Mayor.

All Corey’s Network activities, meetings, vigils and fundraisers have been canceled until the all clear is given by the Mayor. When they resume normal activities, we will pass them on to you. The Mission of Corey’s Network is to provide immediate services to families surviving homicide. See Corey’s Network on Facebook or their website, coreysnetwork.org.

April 14th 6:30 – 8:30 PM Kansas City Public Library will stream Bedlam, the 2019 documentary film that examines the woefully inadequate care of those with chronic and severe psychiatric conditions, going inside an overwhelmed psychiatric emergency room, a nearby jail warehousing thousands of psychiatric patients, and the homes and homeless encampments of people suffering from serious mental illness. Go to https://kclibrary.org/signature-events to access information on Bedlam.

Wednesday, April 15th, will be The Innocence Files Live Tweet Watch Party: 8 PM. Midwest Innocence Project asks us to join a tweet along watch party for Netflix’s new series, The Innocence Files. The series shines a light on the personal stories behind eight wrongful convictions. Together and apart we will watch the show on Netflix and live tweet the first episode, be sure to follow and use #MIPtweetalong on Twitter to join the conversation!

Empower Missouri has a Smart Sentencing Coalition Webcall, Friday, April 17th from 11 AM to noon. Go to https://empowermissouri.org/events/ to sign up.

VIRTUAL DACA RENEWAL CLINIC, time by appointment. KSMO Dream Alliance will set up Zoom video calls with an attorney to provide assistance with your renewal applications. We understand this is not the perfect system, but we also understand the urgency of sending out DACA renewals before a Supreme Court decision. We take the health and safety of our community very seriously and will do all we can to continue our fight during these difficult times. Email: DACA@KSMODA.ORG for appointments #WeCount #HereToStay #KCLoveImmigrants

A list of services, meals, and hot lines specific to Sheltering are available at
https://lawrenceprogressivecalendar.blogspot.com/ It is updated daily.

Click Here to make a Monthly Sustaining Gift or a Onetime Donation!

Contact the team at Mumia Abu- Jamal – World’s Best-Known Death Row Inmate; and Keeping The Faith Amid the Coronavirus Pandemic.