The New Riddim Second Sight Release Party with the Uncouth

The New Riddim Second Sight Release Party with the Uncouth

Friday night at Vandals, the former Black and Gold Tavern under new ownership, the New Riddim, had a release gig for their 2nd album “Second Sight”.  Opening for New Riddim were local punk rockers the Uncouth.

This week, in addition to pics, we’ve got video and audio tracks from the show.  Hopefully, this will be a regular feature on the blog.

Listen To – The Uncouth – If The Kids Ar… 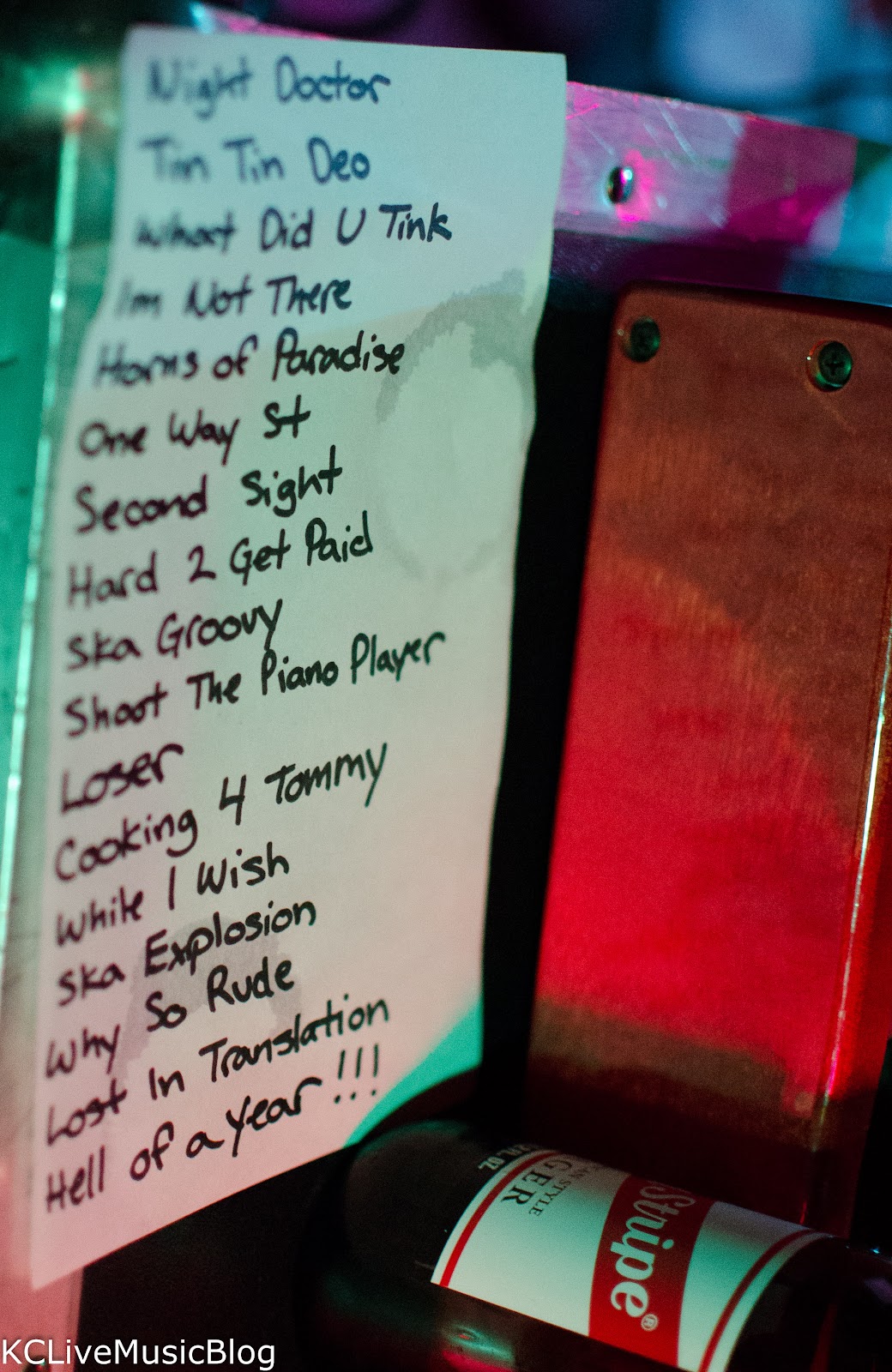 Listen to – New Riddim – One Way Street
Click the YouTube Channel and Audio Channel links at the top for more from the show!

Iron & Wine at the Midland

Last night at the Midland, Iron & Wine's set ebbed and flowed through the strange and familiar. By Jared McNett read more

The dreamy Vile's modus operandi here remains the word "if". For such meticulousness with the music, Vile's lyrics remain frustratingly... read more

Noise for Tots at Riot Room

Noise FM and Hembree put on an excellent show to benefit Toys for Tots at Riot Room back on Dec... read more

Contact the team at The New Riddim Second Sight Release Party with the Uncouth.