Artspeak Radio, a live 30-minute program about the thriving visual arts and literary community in the Kansas City area, will be a part of the weekly KKFI 90.1 FM program schedule starting Wednesday, December 4 at 6:00 pm Central Time. The show is produced by hosts Maria Vasquez Boyd and Blair Schulman with features of local artists, writers, and performers.

Past episodes of Artspeak Radio include a show with New York-based artist Daniel Shea, who works in photography, installation and sculpture. He was in Kansas City to participate in ‘Lost and Found’, a group exhibition also featuring Sarah Bostwick, Nuala Clarke, Emily Connell, Ethan Greenbaum, Elana Herzog, and Alex Lukas at PLUG projects. Geo Sipp, Professor of Art at Missouri Western State University in St. Joseph, Missouri, spoke about his Wolves in the City project. Wolves in the City is an in-progress graphic novel about the French-Algerian War, fought from 1954-1962.

Program host Maria Vasquez Boyd has been published in such publications and anthologies as Salt Magazine, Present, Primera Pagina and Cuentos del Centro. She is a photographer, illustrator, radio producer and a founding member of the Latino Writers Collective (biography source: Everyday Other Things)

Program co-host Blair Schulman writes about art and artists in and around the Kansas City area for a variety of local, regional and national publications. His reviews and commentary are a first-hand account of the community as it thrives and contributes an important dialogue to a larger arts vernacular.

In a continuing effort to bring listeners new and compelling programming with a tilt towards local topics and hosts KKFI 90.1 FM makes the following program schedule changes.

Thank you for your support of KKFI 90.1 FM, Kansas City Community Radio

Hump Day Arrives During Fund Drive - Update #4 5 days down and 5 to go. Currently we have picked up 31... read more

Chandra Graves, Writer “I consider it a privilege to write for KKFI because I share the station's philosophy concerning serving the... read more 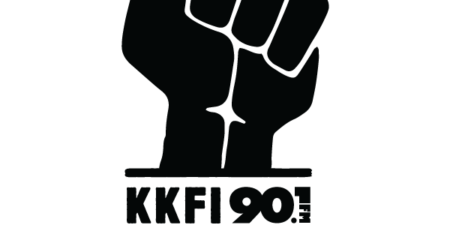 Statement regarding the events in Atlanta. KKFI stands in solidarity with the Asian American and Pacific Islander (AAPI) community in condemnation... read more