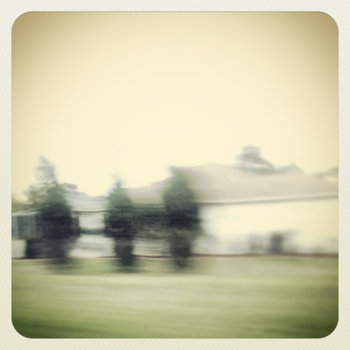 Have you ever found yourself moving closer to a speaker, desperately hoping to make out the soft-spoken words of a song? It can be an incredibly frustrating experience, particularly if you’re right in front of it and the words still seem to float right past your ears. You may be able to hear what’s going on, but you’re not able to actually listen.

“Nov. 18 1994” by Kansas-based folk/punk/experimental act Whale’s Sink possesses that same frustrating feeling. The tenderly strummed acoustic guitar and whispered vocals seem to be competing to see who is more polite. Even with its loudest chord, the guitar wouldn’t cause a ripple on a pond and the vocals couldn’t wake the lightest sleeping baby. From the moment you press play, you get the feeling you hit the mute button instead.

Granted, a mute button may be the way to go if you can actually parse the lyrics of the fragile track. With a mordantly matter-of-fact tone the song seems to recount the joyous birth of a boy, followed quickly by his death. Through the first several listens I became more and more agitated as the involuntary eulogy “This is his end, he cannot live, this is him, he is slowing, impact of today,” was mumbled. “What the hell is wrong with you?” I quite plainly asked. Far worse than taking the wrong stand on something is to back out altogether, which “Nov. 18 1994” nimbly does. But somewhere hidden in the quiet playing and downpour of tears is a superb explanation for the avoidance. Some things in life leave you so wounded that the only way to survive is to withdraw completely.

(“Nov. 18 1994” is from Whale’s Sink latest album This Kind of Primal Laughter which you can get now through their Bandcamp.)